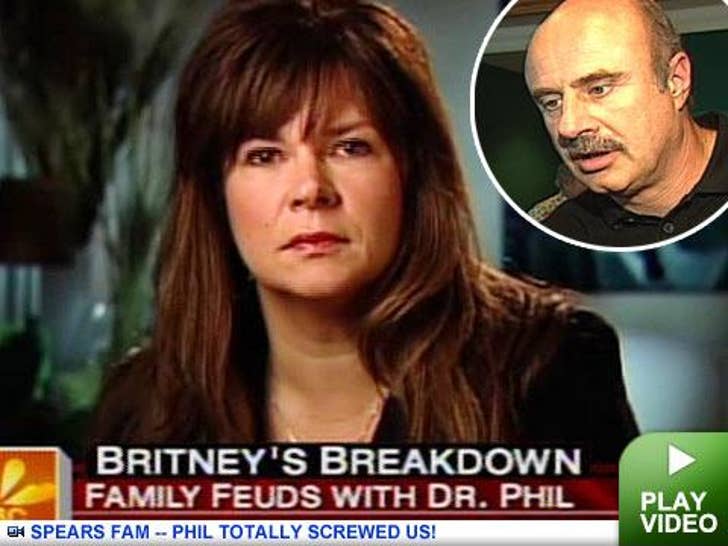 Jamie and Lynne Spears slammed -- and we mean slammed -- Dr. Phil this morning, calling the way he handled his contact with Britney a betrayal, inappropriate and a total breach of their trust. 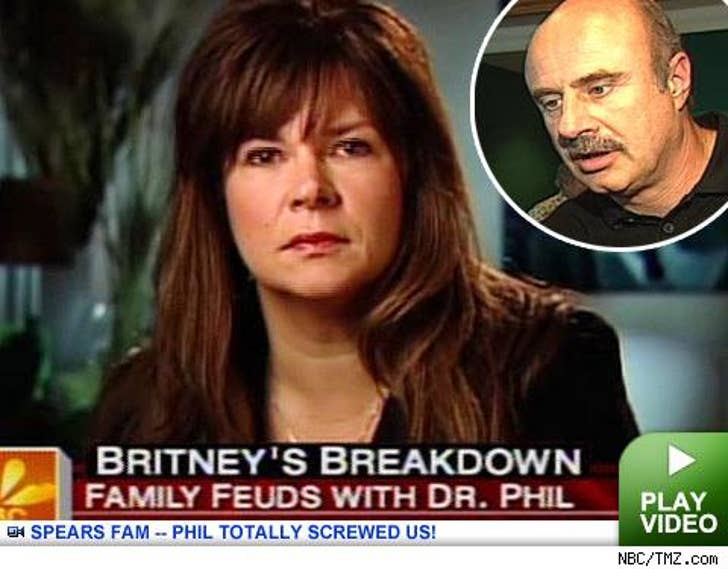 Spears family rep Lou Taylor told Meredith Vieira on the "Today" show that Dr. Phil actually broached the subject of doing a show about Britney, but that they nixed the idea, only to have Phil try to set up the show anyway. Taylor scorched Phil, saying it was even "inappropriate" for Phil to bring up doing a show, and that the family thought it would be detrimental to Britney.

What's more, Taylor said that the family felt "betrayed" that Phil would issue any kind of statement after meeting with Brit, and that nobody had given him any authority to say anything, much less bellow on and on like he did.

It's a total smackdown.