Has Tony Blair gone Hollywood? TMZ spotted the former British Prime Minister leaving the Four Seasons this morning -- wonder if he was looking for Britney?! 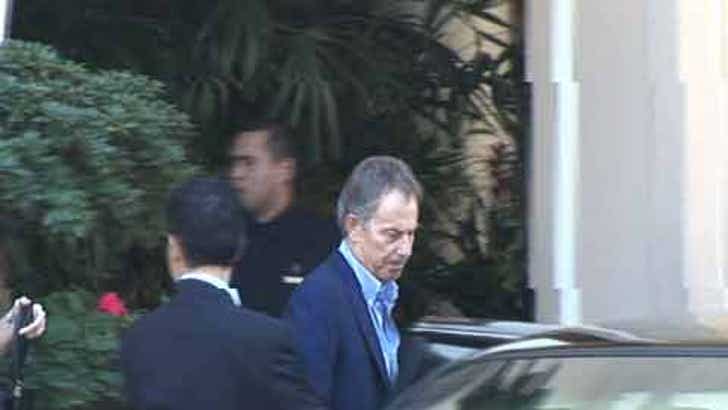 Blair is actually in town for a speaking engagement, and unlike the popwreck, was welcomed at the Four Seasons -- but he did have a rather large amount of Secret Service with him. Someone came prepared after hearing of Brit's driving!