NFL defenders often can't get within 5 ft. of Randy Moss. Now Randy has to stay at least 500 ft. away from a Florida woman. 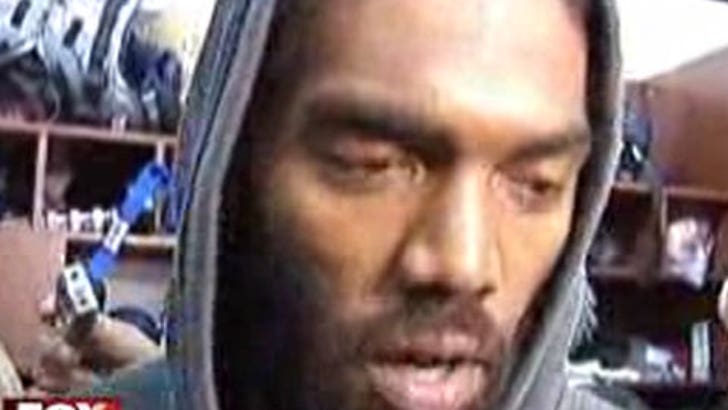 According to an affidavit obtained by WDBO-AM radio and filed in Broward County, Fla., Moss committed battery upon the victim, Rachelle Washington, causing serious injury -- and then refused to allow her to seek medical attention. No criminal charges have been filed.

Moss denied the allegations today and said the woman is trying to get money from him. He said, "I want to make something clear, in my whole entire life of living 30 years, I've never put my hand on one woman, physically or in an angry manner."

A hearing in the case is scheduled for January 28 -- the Monday before the Super Bowl.

Calls to Moss' attorney and a rep for the Patriots were not immediately returned.