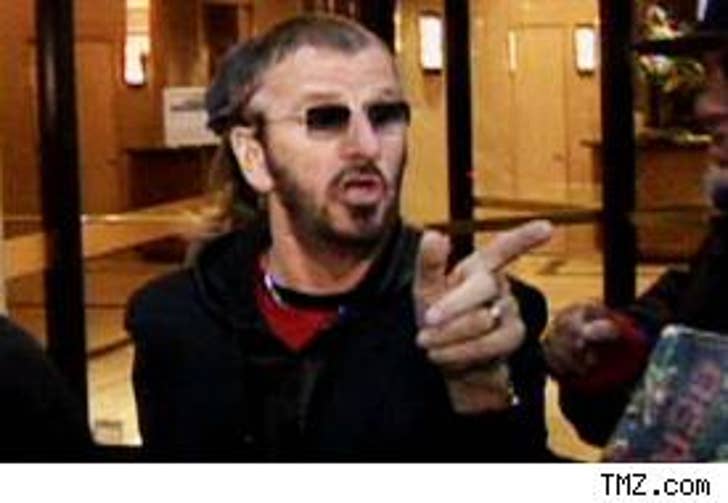 Ringo Starr was supposed to appear on "Live with Regis and Kelly" this morning -- but moments before he was scheduled to go live, the ex Beatle walked off the set.

In what's being chalked-up to a miscommunication, Ringo was given only 3 minutes to perform a 4-minute, 15-second song, and chose to hightail it out of there after the show wouldn't give him more time. According to his rep, "Ringo left saying, 'God bless and goodbye. We still love Regis."'

Starr's exit followed a day of snubbery in NYC Monday -- where the angry rocker got mad at paps, autograph seekers and fans who wanted to greet the 67-year-old rocker.