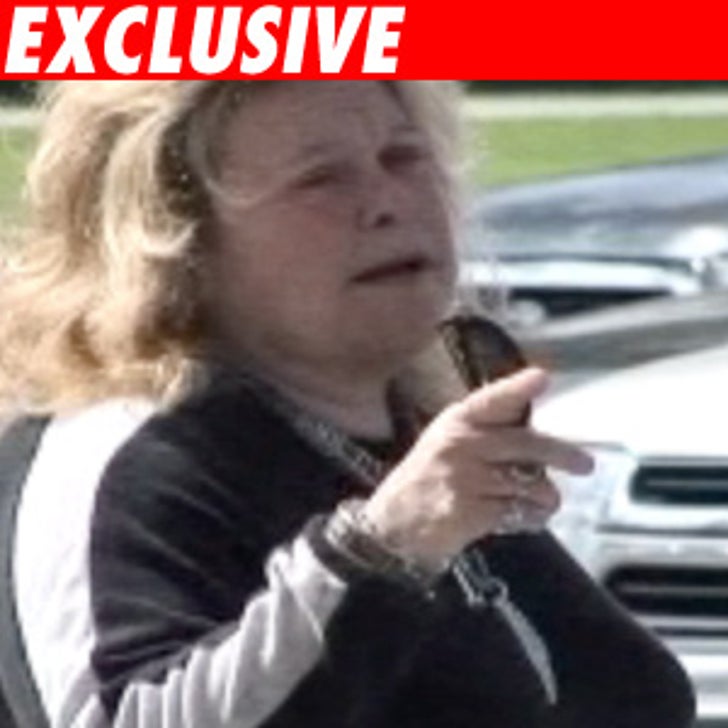 Comedian Francesca Hilton, daughter of Zsa Zsa Gabor, has had it up to here, darling, with her mother's 9th husband, wacky Prince von Anhalt -- and after the Prince attacked Francesca's niece, Paris Hilton, she sent TMZ an open letter to the fake Prince of Bel Air.

I have learned so far to put up with your unsubstantiated attacks against me. Recently, a U.S. Court of Law put a stop to your behavior toward me. I have learned now to be quiet concerning your recent puzzling rants about me because I have considered the source. But now that you have turned on my niece Paris, I cannot remain quiet. The horrible things you have said about her are so crazy, so vicious and so self aggrandizing that it makes me sick.

Paris is one of the most beautiful and fashionable women in the world. She is a true spoiled but talented American Princess. As a Hilton, she has learned to use the cards dealt to her to make an amazing amount of money on her own. The women of the Hilton/Gabor Dynasty have been in the fore front of the American scene for over 60 years. It is time for you to stop using them for your own publicity.

If you really cared about my mother (Zsa Zsa Gabor) you would be more sensitive to her needs and not your own. It is also time for the American media to see this and to stop giving you a platform as does CNN, Fox News, Vanity Fair Magazine and TMZ.com every time you call them with another hair brained scheme. The viewers mail is 99.9% just plain angry about it and have asked for these media outlets to stop it. They will be adding my name to that list.

A source close to Paris commented on the Prince's recent statements by saying, "I do not understand his motives, but ... he probably thinks that if he talks about well known public figures he will get attention." And that, folks, is a mouthful.