TMZ was there as Britney and constant companion Sam Lutfi got into what we're told was a huge, "really ugly" blowout. 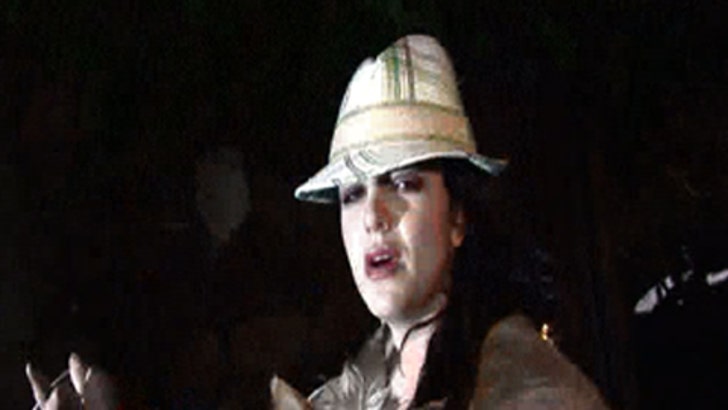 Britney and Sam drove up to the gate of her house when she suddenly jumped out of the car crying -- why, we're not sure. Britney's paparazzo boyfriend Adnan Ghalib tells TMZ he got a frantic call from a hysterical Brit at that moment, pleading with him, "Baby, can you come pick me up??" Adnan told us he told her to go into her house and he would be right over. When he arrived, however, he was told in no uncertain terms that he was not allowed to enter the gate -- the guards were under strict orders from Sam not to let him in. He tried calling each of her six cell phones and the house phone, but she didn't answer.

The LAPD were called to the scene for what they tell us was a person trying to get access to the grounds without permission. We've learned, however, that they were called to contain the paparazzi crush that was trying to shoot the fight, not for one specific person.