Tony Romo was dragged onstage last night, but in the end Romo clearly wanted to be a rock star, singing Journey's "Don't Stop Believin' and trying in vain to engage Jessica. 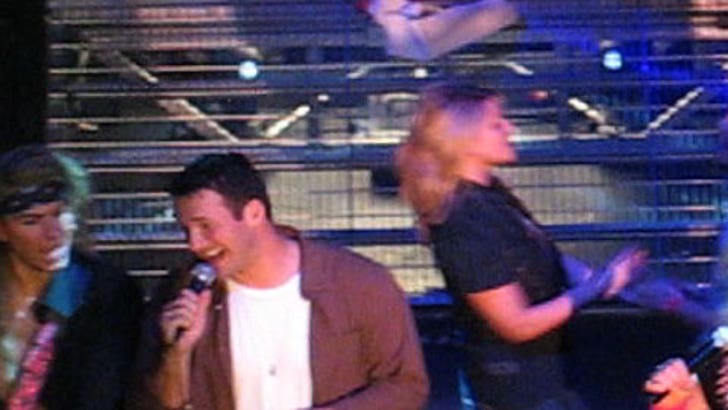 The damage was done at the Key Club in West Hollywood. Romo didn't want to go onstage, but after chants of "pussy" erupted from the crowd, Romo relented. When Jessica finally grabbed the mic, it wasn't pretty.