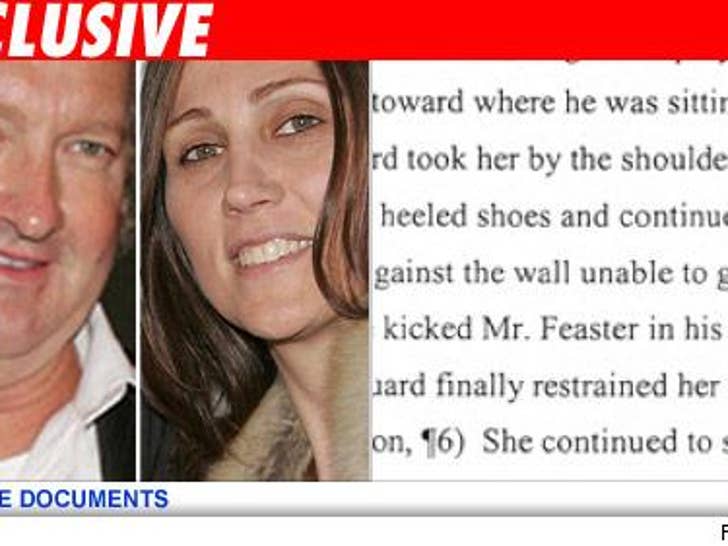 Randy Quaid's wife allegedly went nuts on four people, claiming they were all a part of a Hitleresque plot against her husband. 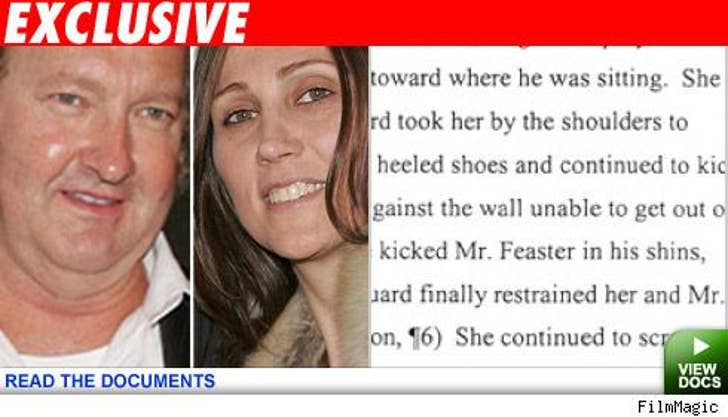 Apparently, Randy had a problem with the Actor's Equity Association. Twenty-three members filed charges against the actor in connection with the rehearsal and production of "Lone Star Love" in Seattle. According to legal documents, that's when Quaid's wife, Evi, allegedly went nuts.

TMZ obtained the documents which say, Evi appeared at the offices of the Association last Friday, sat on the desk and began kicking the 76-year-old receptionist in his shins with her "extremely tall high heeled shoes," drawing blood and leaving a scar.

According to documents filed in L.A. County Superior Court, Evi screamed it was all "a Nazi plot to get Randy Quaid." The claim is -- Evi repeatedly screamed "F**k you" and "Go f**k yourself."

Another member says Evi screamed at her, "I'm going to get you...You are a Nazi bitch." The member says she felt "Ms. Quaid's objective was to kill her."

The documents also say that on January 23, both Randy and Evi showed up to the Association's office in L.A. allegedly causing a scene. One member says, "I asked for assistance as I felt threatened and I feared both Mr. and Ms. Quaid could physically attack me."

Actors Equity would not comment on what Quaid allegedly did to piss them off. The four members and the Association are seeking a restraining order.

A call to Quaid's lawyer was not immediately returned.