Paris Hilton pulled a promotional stunt outside of S Bar in Hollywood last night -- so blatantly shameless it bordered on offensive. Then again, it is Paris. 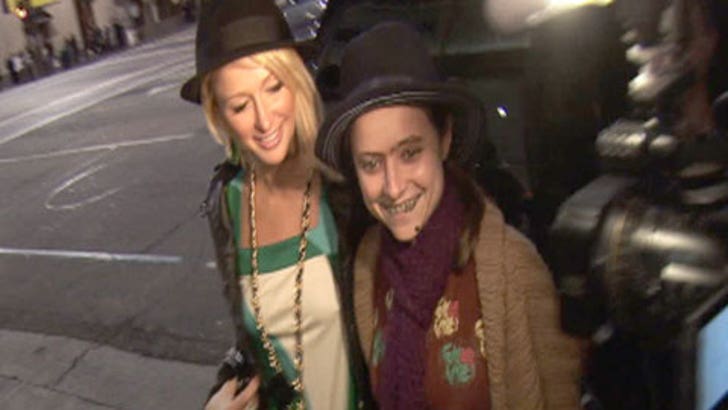 Hilton and her "Hottie and the Nottie" co-star Christine Lakin (in full Nottie "disguise") staged a pap-filled walk to the club. Paris ran in, but Lakin was denied entrance until Paris talked to the bouncer ... with a studio camera filming the whole incredibly staged exchange.

The entire thing was almost as real as an episode of "The Simple Life."