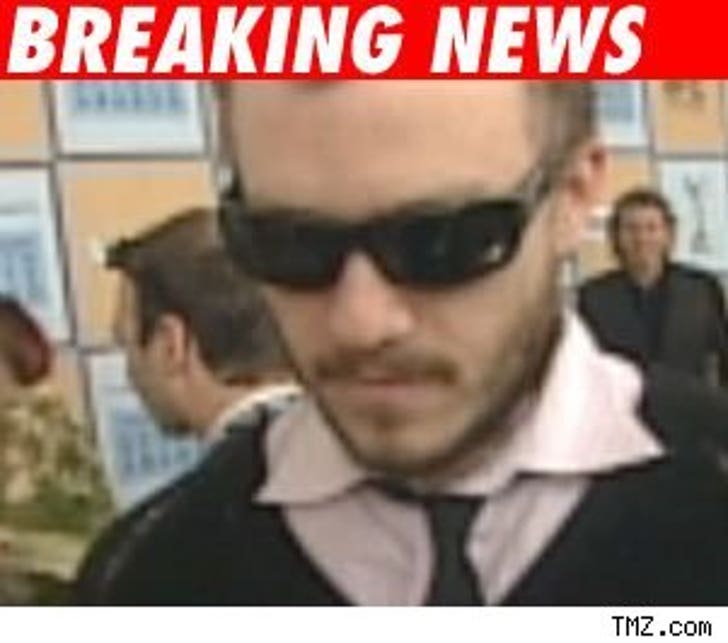 The feds are trying to figure out how Heath Ledger got all the prescriptions for the dangerous combination of painkillers and sedatives that led to his accidental overdose.

TV Guide reports that the Drug Enforcement Administration has launched an investigation into how Ledger got prescriptions, if in fact they were prescriptions. According to officials, the DEA has requested copies of Ledger's autopsy as well as the original police report from the crime scene. The NYC medical examiner said this morning that he found the cause of death to be a lethal array of opiates and benzodiazepines; oxycodone, hydrocodone, diazepam, temazepam, alprazolam and doxylamine.

The NYPD has not indicated whether the bottles of medication found at Ledger's apartment, which include some of the drugs found in his body, were specifically prescribed to Ledger.

TMZ spoke to three clinical psychiatrists today, all of whom said it would be "highly unusual" and "reckless" for one physician to prescribe this combination of meds, and suggested that more than one doctor would have to have been involved, or that Ledger could have obtained them by other means.