One of TMZ's cameramen watched as a car carrying Crazytown frontman Shifty Shellshock's got plowed into by another vehicle -- and ended up giving Shifty a ride back to his rehab facility! 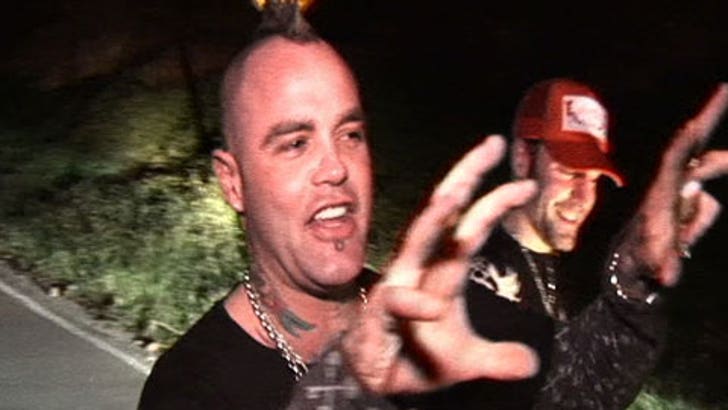 Last night, Shifty, his buddy David Weintraub and some other friends were being driven home from Hollywood nightclub Opera in a souped-up limo that could double as a battle tank, when a compact car, allegedly driving on the wrong side of the road, slammed into their ride. The guys had a theory about why the Honda driver smashed into them, but we never saw the other driver on camera to get his side of the story. Cops arrived a short time after, but as of this morning, no police report has been filed.

The guys were stranded -- until TMZ offered the group a ride. One of Shifty's buddies even took hold of the camera and shot the drive from the back seat!