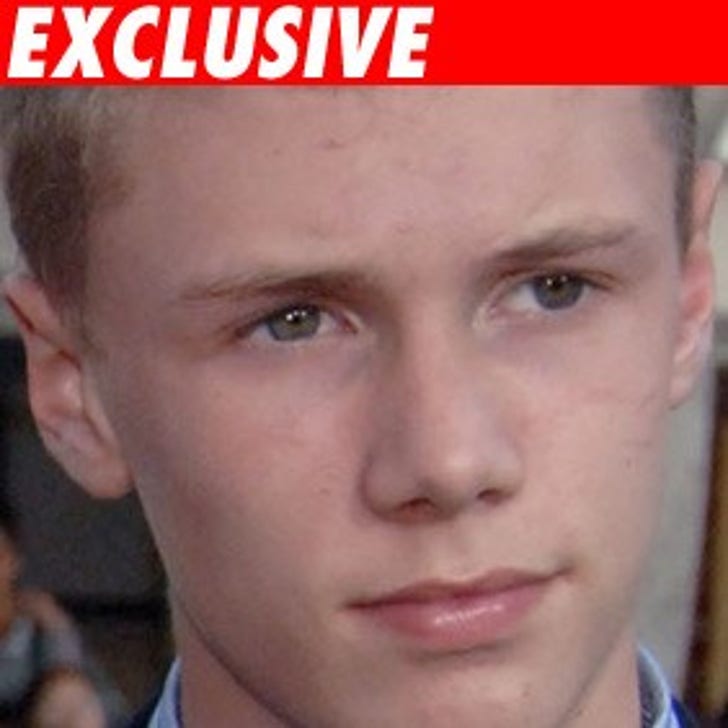 A man who claims he was struck by Barron Hilton claims Barron was driving like a crazy man before his arrest.

Fernando (he did not want to give his last name), who works at the 76 station on Pacific Coast Highway and Corral Canyon, tells TMZ he was working as the cashier, taking inventory of the pumps when he saw Barron's car driving the wrong way on PCH. Fernando and Paul, a mechanic at the station, say they saw a grey Nissan pickup with two guys inside following Barron's Mercedes. Fernando and Paul say Barron pulled into their station and began driving wildly in circles.

Fernando says he was standing at one of the pumps when Barron's car struck his leg. Fernando says the impact threw him over the pump and caused bruises.

Fernando adds when Barron came to a stop, the two guys in a Nissan jumped out and grabbed the keys in Barron's car, so he couldn't continue driving. Fernando says the two guys told him that Barron hit their car earlier, and Fernando saw a dent on the left side of the Nissan.

According to a Sheriff's Department press release, a female in Barron's car may have been driving at the time of the collision, and then Barron took the wheel.