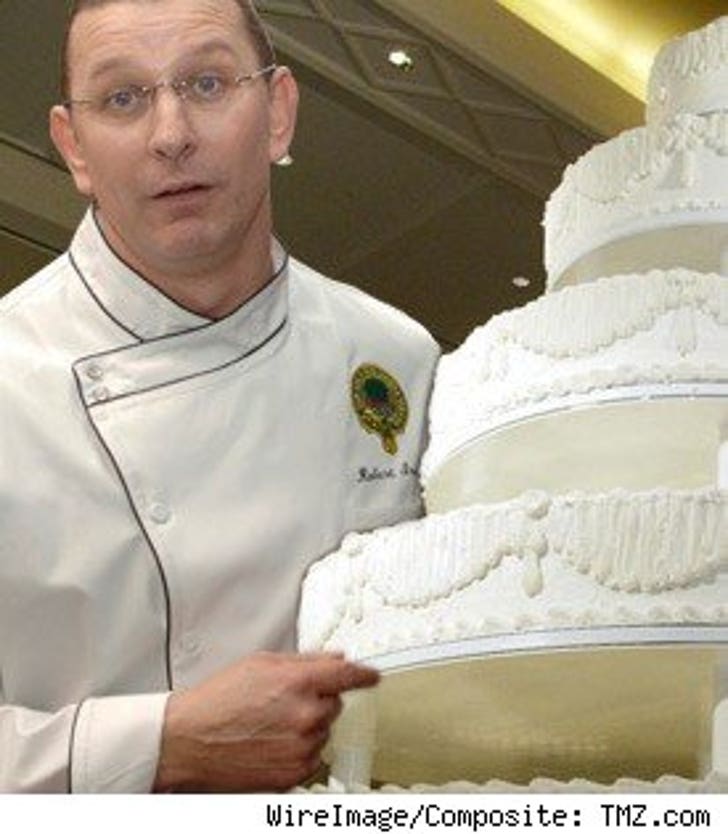 The hard-ass British chef who stars in Food Network's "Dinner: Impossible" is finding that spinning tall tales about one's background is no cakewalk -- and now the network says it's investigating his alleged misrepresentations. Oh, deah.

Robert Irvine has claimed all over the place that he'd helped design Prince Charles and Princess Di's wedding cake, among other things. But after an oddly thorough investigation by the St. Petersburg Times, Irvine admits he didn't really bake it -- or have anything to do with it ... and that's just the icing.

"It's unfortunate if Robert embellished the extent of his culinary experiences," said a Food Network rep. "We are investigating the matter and taking the necessary steps to ensure the accuracy of all representations of Robert on Food Network and foodnetwork.com."