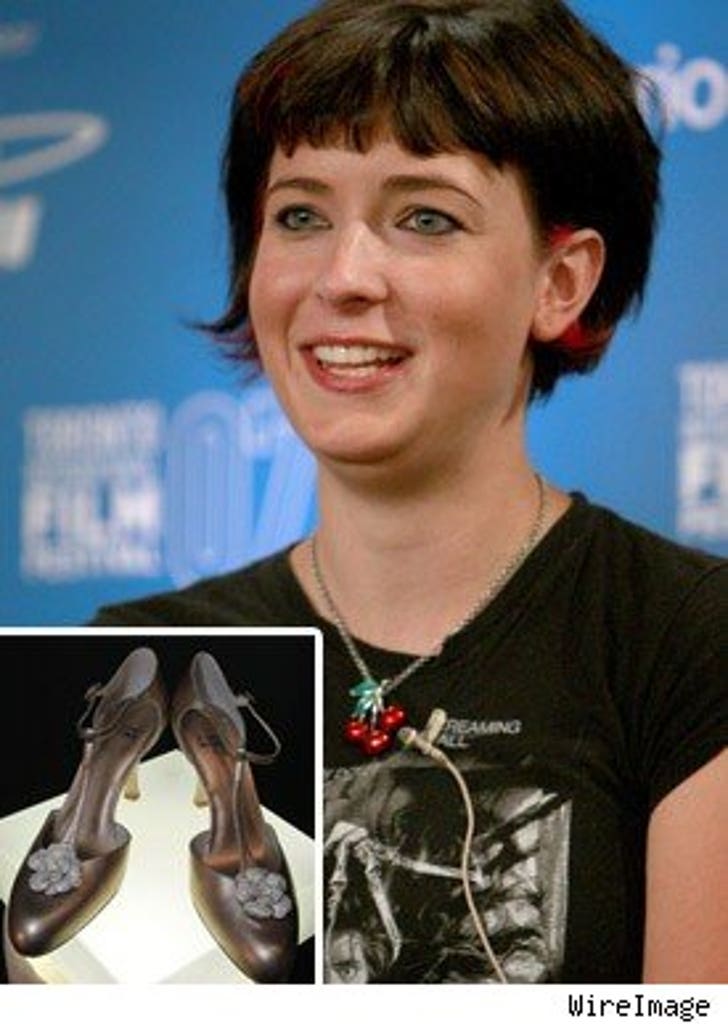 Her name's not Diablo for nothin'! Diablo Cody -- the "Juno" screenwriter and former stripper is flaming hot at Stuart Weitzman for getting her in the middle of a publicity stunt she claims she wasn't aware of.

Every year, Weitzman makes a pair of "Cinderella" shoes to be worn at the Oscars by a rising female star. This year he chose Cody, and she agreed to sport the special shoes. Then she found out they were made with 1,800 Kwiat diamonds -- and worth a million-dollars!

Cody wrote on her myspace blog: "I'm actually really pissed about this, now that I think about it. They're using me to publicize their stupid shoes and nobody asked me. I would never consent to a lame publicity stunt at a time when I already want to hide. I'm sorry if I sound like a party-pooper, but Jeebus."

Maybe she wants to wear clear, six-inch Lucite heels instead!