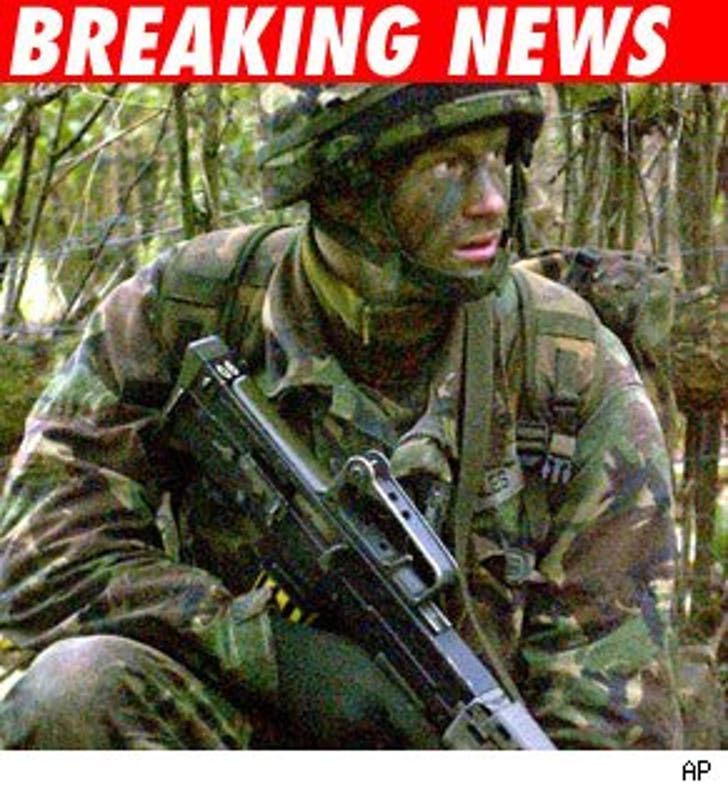 Britain's Defense Ministry confirmed today that Prince Harry is fighting on the front line in Afghanistan. Protect the face at all costs!

Details of his Royal Hotness' three-month tour had previously been kept secret. The Prince, a second lieutenant in the Household Cavalry, is third in line to the throne, behind his father Prince Charles and his big brother Prince William.