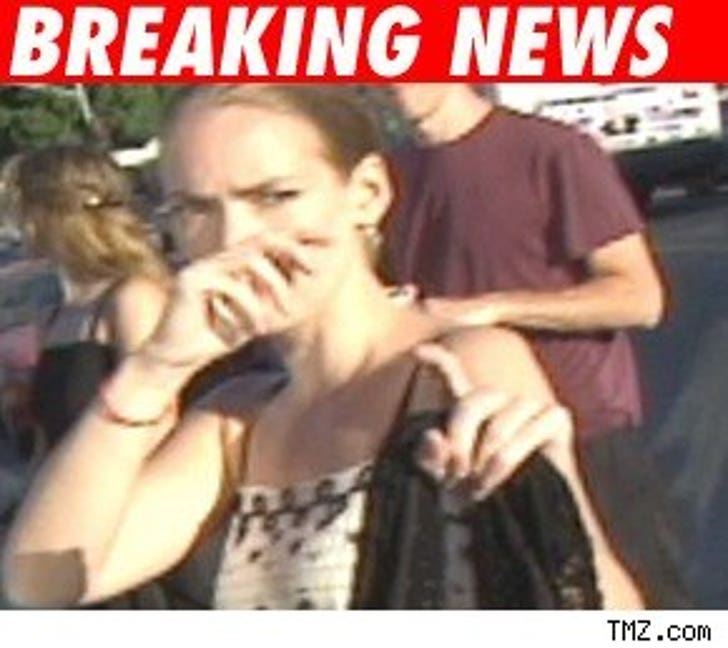 The internets are abuzz with talk that Winona "Sticky Fingers" Ryder and former child star/'boy singer' from indie band Rilo Kiley, Blake Sennett, are engaged.
While Winona's rep denies the story to TMZ, the rest of the blogosphere is claiming the two announced their engagement at the Fall 2008 Valentino show in Paris. This is neither the first engagement nor the first rocker boyfriend for Ryder.
She was engaged to Johnny Depp back in the day and was rumored to have dated everyone from Dave Pirner of Soul Asylum (go ahead and Google it all you 22-year-olds) to Beck and Dave Grohl.