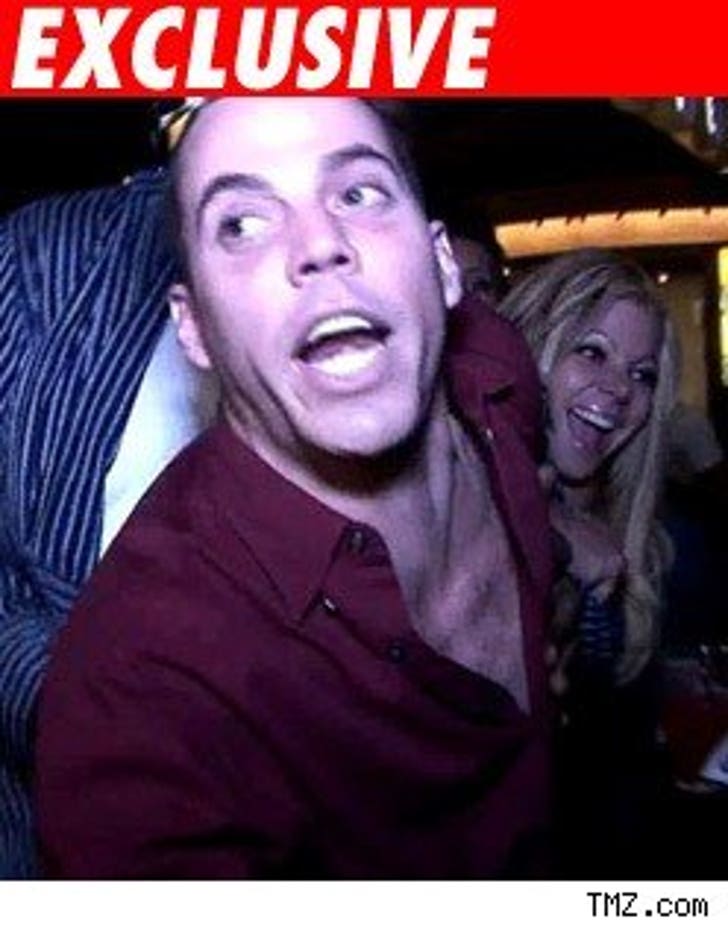 "Jackass" star Steve-O is sitting in a Hollywood jail right now, after one of his neighbors nabbed him for bashing up his apartment complex.

TMZ has learned that Steve-O was, according to a source, breaking holes in the walls of his L.A. apartment building when one of his neighbors dropped a dime on him, and even made a citizen's arrest, holding Steve-O until the LAPD arrived, and took him away.

We're told he's at the LAPD's Hollywood station waiting to be booked on vandalism charges.

UPDATE:
TMZ has just learned that while cops were searching Steve-O at the station, they discovered an unidentified narcotics, and are charging him with drug possession as well. We'll update as soon as we find out the exact charge.