TMZ caught Courteney Cox Arquette hitting up Villa in West Hollywood on Saturday night, and the paps mistook her for another beautiful brunette! Also out in LaLa-land, Mario Lopez chilling outside Katsuya with Gladiator Dan Clark, a sly Colin Farrell lookin' sneaky outside of The Belmont, and a Chrome Hearts clad Nicollette Sheridan shakin' her booty outside the Ivy. 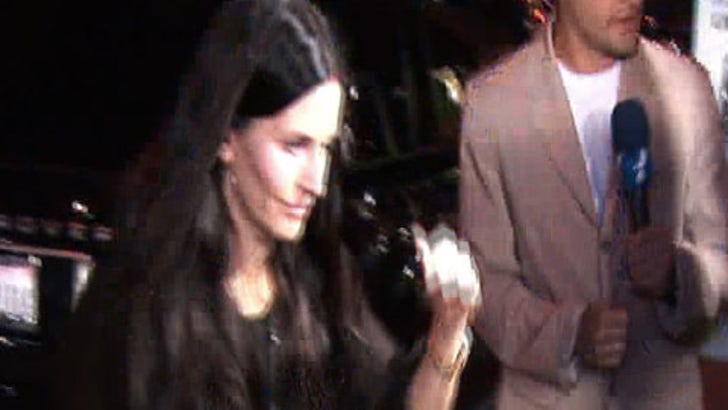 In NYC: LL Cool J expressing his love for Snoop Dogg, a blonde Christina Ricci entering NBC Studios, and Jerry Seinfeld with nothing funny to say! What's the deal with that?