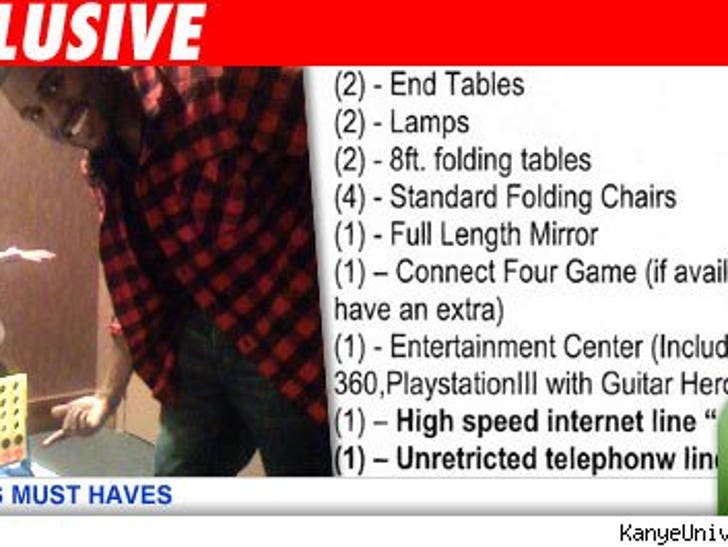 Remember that vid making the rounds of Kanye and Beyonce playing Connect Four in K's dressing room? Looks like Kanye wasn't kidding about being a Connect Four junkie. Pretty sneaky! 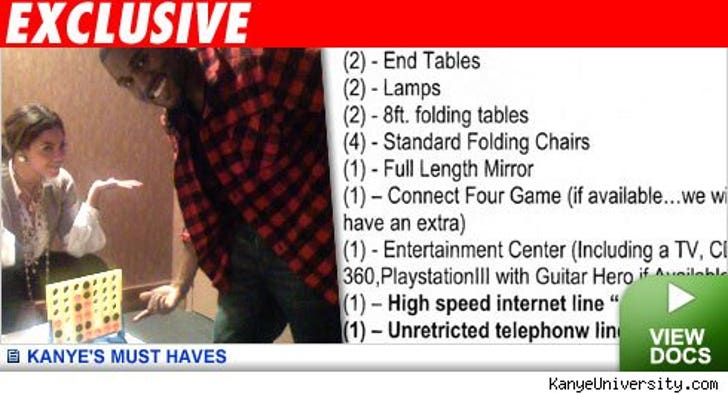 TMZ has scoped his concert rider, and it demands a Connect Four setup in his dressing room at every show, even though he travels with a set. (Never know when you might lose a black piece!) And even Jay-Z's getting Connect-ed: There's new video of him playing with a pal, too.

Other than that, though, Kanye's list of must-have's is more triathlete than rap star: Lots of grilled chicken, steamed veggies, and lowfat chips. However, you'll be glad to know that the "male band" room has to be stocked with a bottle of hand lotion along with the catering.