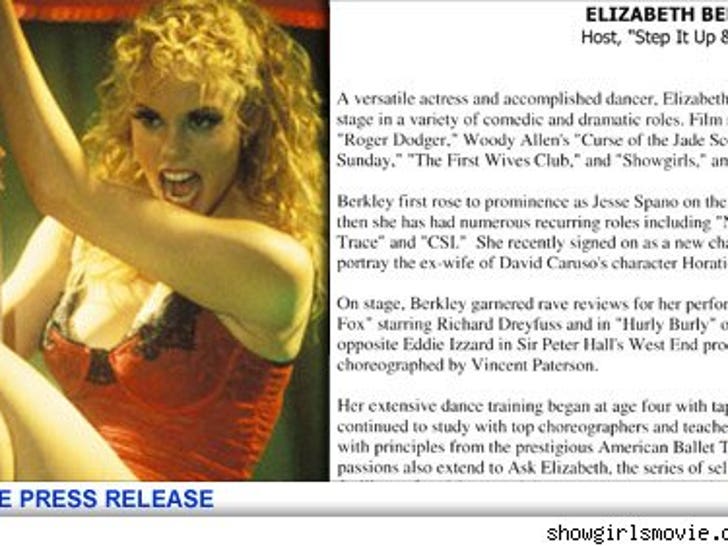 Somehow the star of "Showgirls" landed a gig hosting a dancing show ... did they not see that train wreck of a movie?! 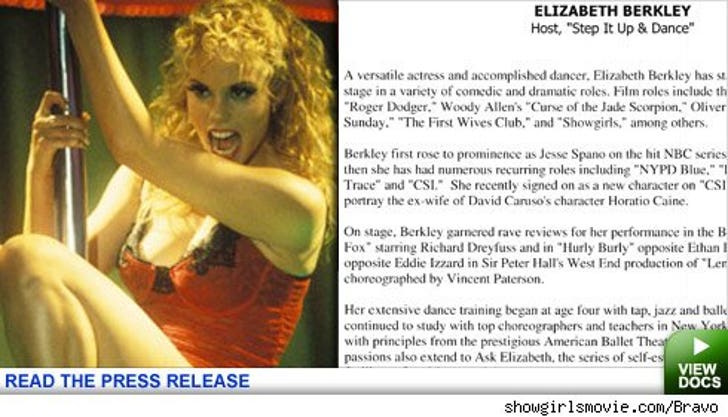 Elizabeth Berkley -- who's proved her acting chops on "CSI" and "Saved by the Bell" -- will host Bravo's Step Up, So You Think You Can Dance "Step It Up & Dance."

It gets better: a press release for the show actually mentions the words "critically acclaimed" and "Showgirls" in the same sentence.