Former Miss Nevada, Katie Rees, stopped making out with other chicks long enough to appear in court today -- strapping on a sexy cocktail dress to face the six misdemeanor charges stemming from her February 6 arrest. 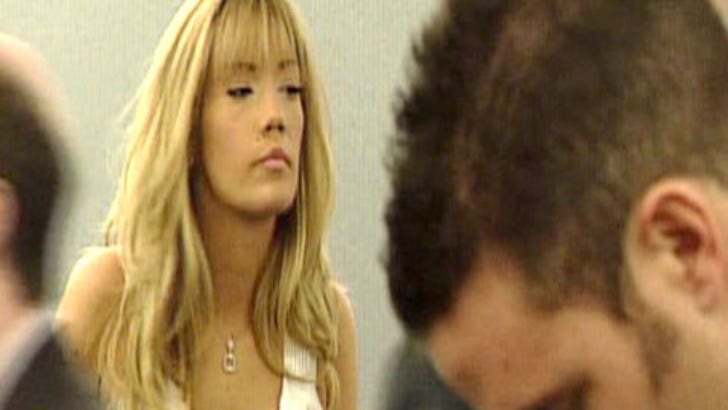 Katie, 23, found out today she will remain free without bail until her trial begins on April 9 -- where she faces charges of speeding, driving with a suspended license, operating a motor vehicle with suspended license plates, failure to produce proof of insurance and resisting a police officer.

Katie's attorney claims she was a victim of police brutality -- saying she chipped a tooth after being forcefully pushed against her car.