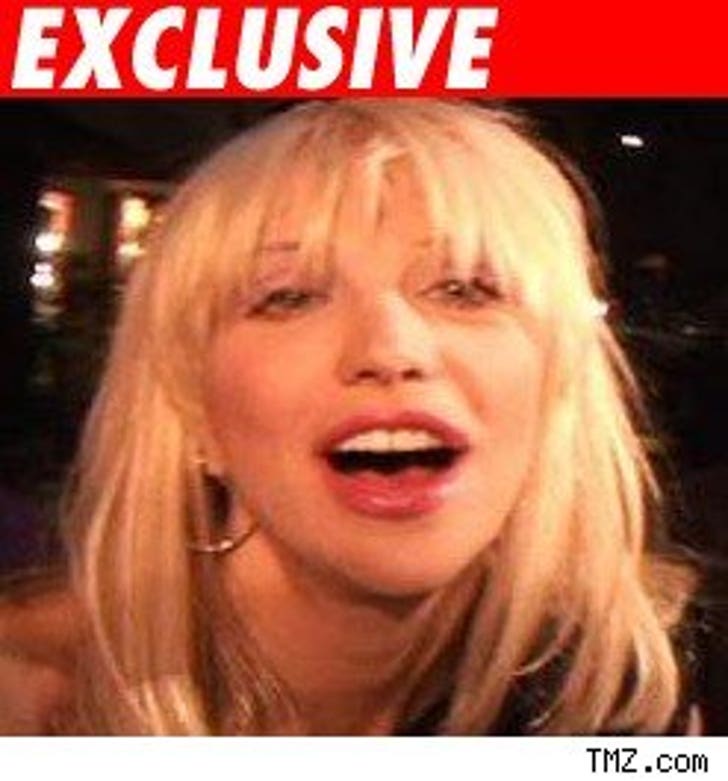 Reports surfaced over the weekend that Courtney Love went to the LAPD to report she's the victim of a massive identity theft. But sources tell TMZ Courtney is simply (and possibly medically) delusional.

According to The Sun, Courtney claimed the identity thieves got 188 credit cards in her name, stole checks and bought cars. We've confirmed Love did make the trek to the Van Nuys division of the LAPD to make a report last week, but sources tell us they are not taking it seriously, one source adding, "it never happened."

Love's lawyer, Howard Weitzman, tells TMZ, "I can confirm there is an ongoing investigation into the identity theft and fraud issues Courtney is concerned about but I am not at liberty to say who is conducting the investigation." FYI, it certainly ain't the LAPD.

We're told mentally, Courtney has been on the rocks. We found out she's been diagnosed with bipolar disorder -- this could explain Courtney's latest blogs which are impossible to decipher.