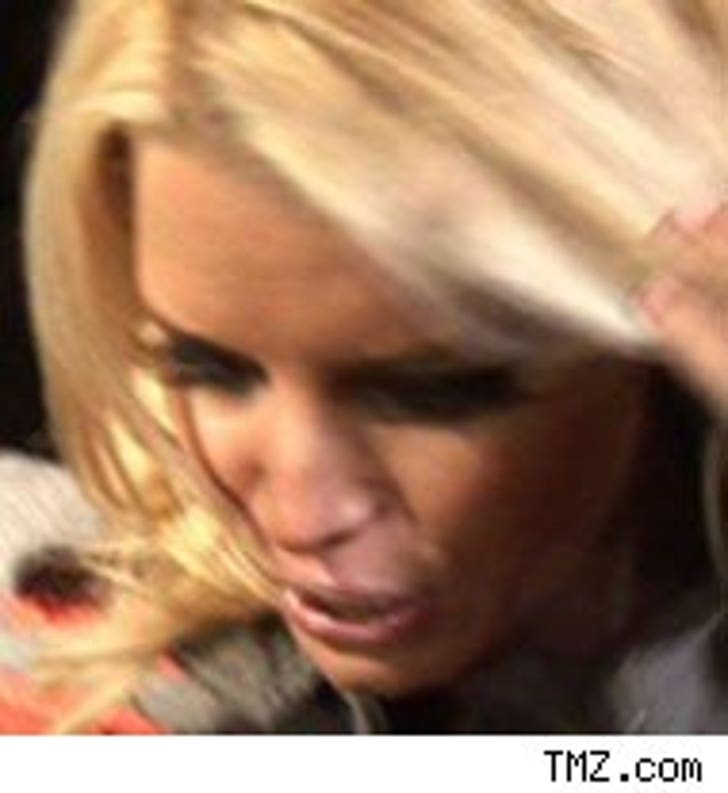 Jessica Simpson's big concert for the troops in Kuwait is being touted as a gift for the men and women in uniform, but it's costing someone big bucks – hundreds of thousands of dollars.

What's more, reports MSNBC, any suggestion that she'll be sleeping in barracks with soldiers rather than in a hotel is hooey, according to a source. "Jessica doesn't sleep in tents or bunks the night before a concert," says the source. "There's no way [Papa] Joe [Simpson] will want The Pussycat Dolls ... to upstage his daughter."

As for the big bucks, MSNBC says that flying Jess and her entourage to the Middle East cost over $150k, and that Jess' stylists will run more than $20k ... per day. Her reps didn't comment on who's paying.

Jamie and K-Fed Work It Out on the Links?

Don't show Brit this pic: It looks like whatever might be going on in court between K-Fed and Brit, it hasn't kept K-Daddy and Brit-daddy Jamie from being buds outside of it.

Snaps are circulating today of Kevin and Jamie playing golf in Tarzana, Calif., over the weekend, with the guys looking duff-tacular in baggy shorts and shirts. Just last week, Britney's lawyers were grilling Kev on his lawyer's bills, and a judge said that Jamie could pay himself $2,500 per week as the conservator – out of Brit's cash.

Wonder who picked up the green fees?

Ivanka Trump sends an assistant to polish the nails on her wax likeness at New York's Madame Tussaud's, reports Gatecrasher. Talk about burying the lead: Ivanka Trump has a wax likeness? ... Matt Damon and wife Luciana are expecting their second kid together, reports People, joining Isabella and Luciana's daughter Alexia. ... Tucker Carlson is on the way out, reports the New York Post. He's said to have taken a big pay cut to save his job at the end of 2006.