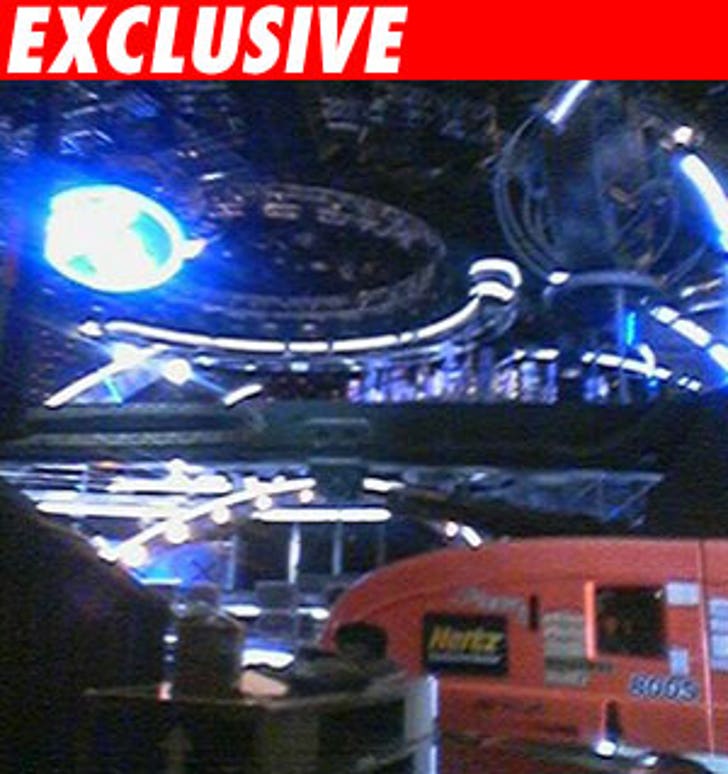 The "Idol" rehearsals are on, and we're told the new set is amazing -- but it's got some big problems!

We hear the computers that control the doors to release the contestants at the beginning of the show are not working. Sources say come hell or high water, the contestants are coming out, but it may not be the way they planned.

We're also told there are two gyroscopes on the stage but only one is working. They are re-bolting portions of the set right now because it hasn't totally come together.

And here's the biggest problem. Did you ever buy a sofa that didn't fit in your apartment? We'll that's the problem they're having now, only on a much bigger scale. The set is too big for the small studio, so it has to be wedged in. We're told producers are freaked because even if they get it in they need to get it out for the finals in a three-day period -- the finals are held at the new Nokia Theatre in downtown L.A. That could be a big problemo.

We hear the set is amazing, but will it work tonight?!!!