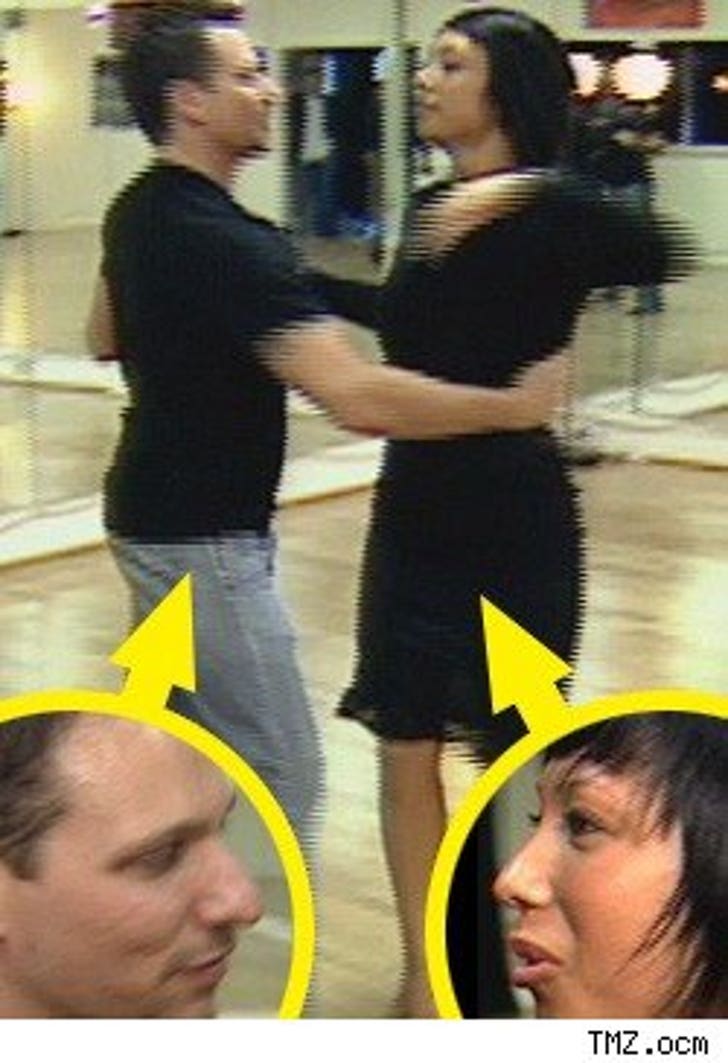 Cheryl Burke's rep is denying that her client was involved in an affair with her then "Dancing With the Stars" co-star Drew Lachey. In a statement to TMZ, she claims, "The story that Cheryl is involved with Drew Lachey started 2 years ago when they were partners on Dancing with the Stars, it wasn't true then and it isn't true now."
Rumors of an alleged affair began when married dad Drew Lachey was partnered with Burke during the second season of "DWTS." Star is reporting some salacious details about how the alleged affair was found out by Cheryl's then-boyfriend Matthew Lawrence, kid brother of Joey Lawrence. The two were pretty much caught red-handed - or rather red-mouthed. Whoa!

According to Star, "sources say Matthew found his girlfriend cheating when he went to retrieve something from her dressing room." Lawrence ran out screaming after catching the two engaged in oral sex. Holy fox trot!

Once they were found out, says the mag, Drew threatened the Lawrence brothers to keep them from going public with the affair.

And we thought all the drama went down on the dance floor.

UPDATE: Star mag tells us "We have spent eight weeks investigating the Drew & Cheryl story, and we would never have run it if there was any doubt about its veracity. We had planned to run it last month, but after strong denials from Drew's and Cheryl's reps we went back and revisited all our sources and in the process found new ones who confirmed the story. We are satisfied that Drew and Cherly did indeed have an affair."

Gossip / Rumors Dancing with the Stars