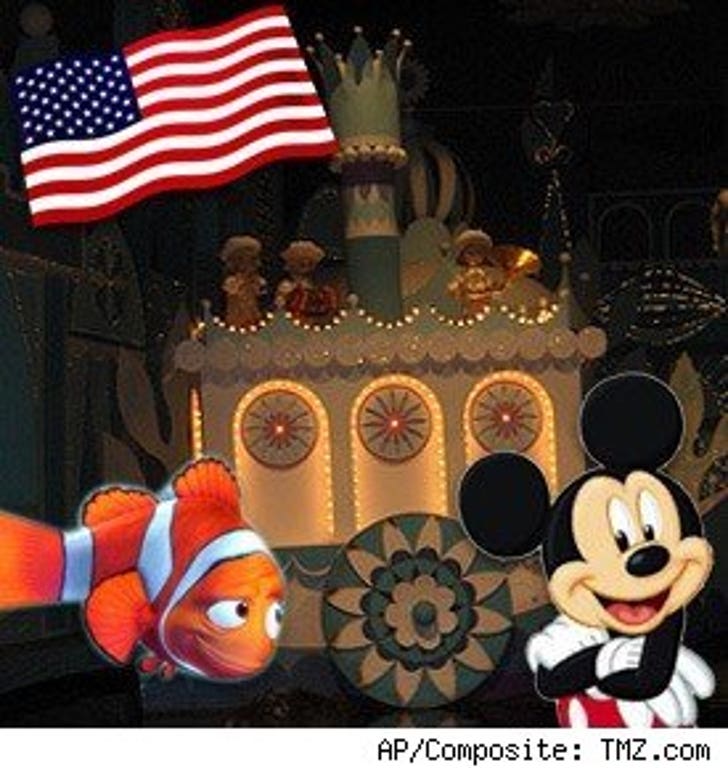 No, not our world, the Small one. According to the LA Times, the family of the woman who helped create "It's a Small World" is begging Disney not to screw up the iconic ride with "idiotic" changes.

The ride has been closed since January to upgrade its boats - which some think was needed in order to accommodate the ever increasing weight of the general population. But now other changes are being tossed around.

Miceage.com is reporting that Disney Imagineers are considering adding Mickey and Minnie Mouse, Peter Pan, Nemo and other Disney characters to locations throughout the ride while replacing the Papua, New Guinea, rain forest scene with an American tribute.

In an open letter to Disney execs, the family writes, "The Disney characters of themselves are positive company icons, but they do NOT fit in with the original theme of the ride. They will do nothing except to marginalize the rightful stars of the ride 'The Children of the World.'"

Disney officials say some additions will be made to Small World but that no decision has been made on specific creative changes to the ride despite the speculation.