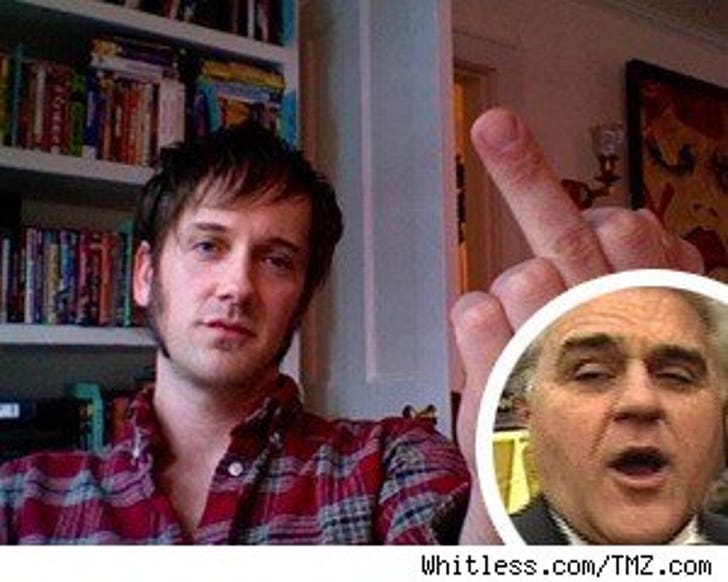 Broadway playwright Jeff Whitty is once again lashing out at Jay Leno -- this time for asking Ryan Phillippe to give his "gayest look" on the "Tonight Show."

During an interview last week, Leno made light of Ryan's first acting role -- playing a gay teen on "One Life to Live"-- by asking the visibly uncomfortable star to give him his "gayest look." Queer eye for the unfunny guy!

In a letter on his website, Whitty, who won a Tony for "Avenue Q" and is openly gay, calls Jay a jerk for "using the stereotype that we're laughable and really, all the same in the end." Whitty also links to various images and articles of "gay faces" -- like slain teen and hate-crime victim Lawrence King -- and asks Jay, "Which one's the gayest to you?"

After sparring in 2006 over Jay's relentless "gay-baiting" jokes, Whitty and Leno allegedly talked and, er, straightened out the matter. But with this latest incident, it's safe to say Leno and Whitty aren't exactly fishin' buddies.

TMZ contacted a "Tonight Show" rep, but have not heard back.