Dustin Hoffman fielded a phone call from "Barack" yesterday as cameras rolled ... of course Dustin also said he's voting for William Taft, so, we don't quite believe him. Although he is 70. 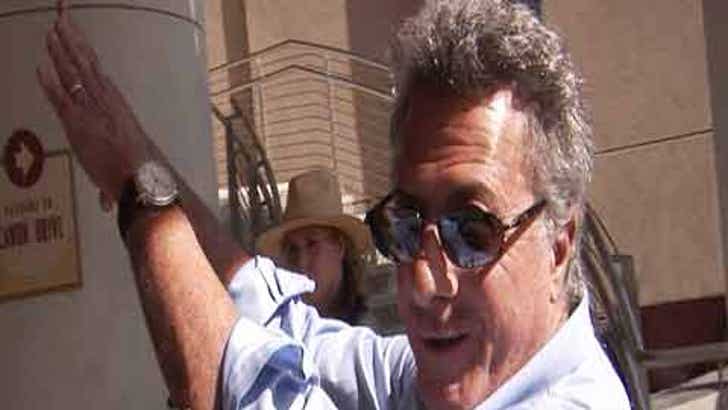 His attempt to escape the paps outside Starbucks was then foiled by a faulty elevator door, which refused to close.