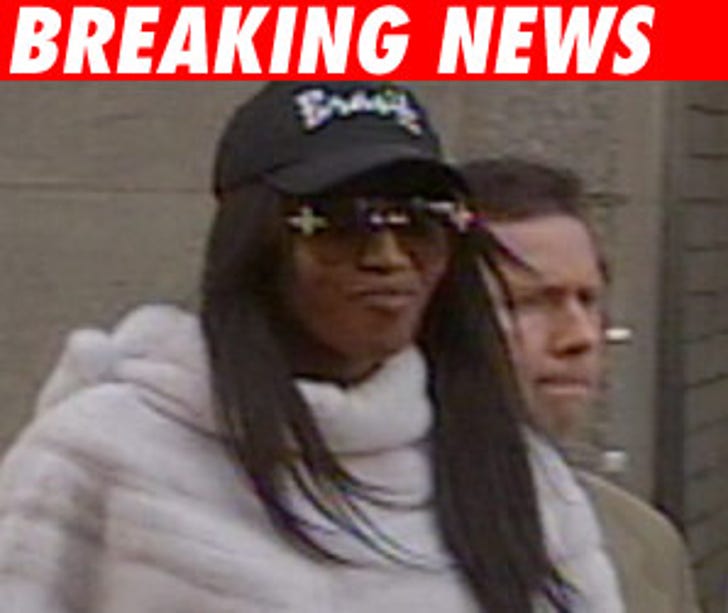 TMZ has learned Naomi Campbell has been arrested at Heathrow Airport after she allegedly assaulted a police officer. Why? Bitch lost her bag!!

Campbell was pulled off a British Airlines flight to L.A. today after reportedly causing a huge stink when she claimed one of her -- count 'em -- three carry-on bags was missing. The Sun says cops first tried to calm her down, but then yanked the supermodel off the plane after she flew into a rage when she was told she was unfit to fly. The anger management class superstar was then hauled away "ranting and raving" after allegedly assaulting an officer -- sources tell us she actually spit on the cop. Where's an assistant when you need one?!

Witnesses say they heard the model scream "get off me, leave me alone" as she was taken to the Heathrow police station. Hide your Blackberries!