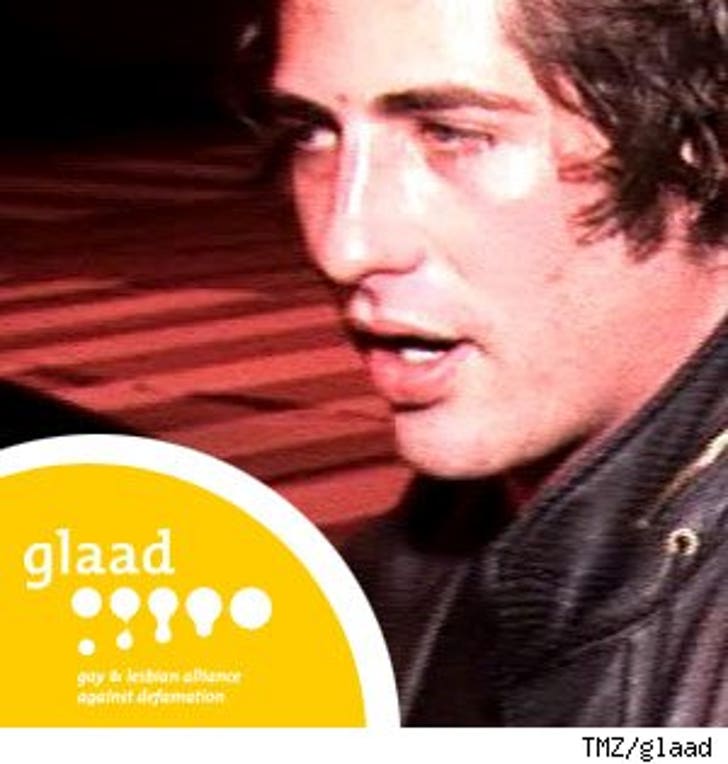 So this is hilarious. GLAAD (Gay and Lesbian Alliance Against Defamation) has issued a statement, responding to Greasy Bear lashing out at paps last night, using the words "nigger" and "faggot."

GLAAD told TMZ, "It is unfortunate that we live in a society where some individuals of note are harassed by paparazzi, but responding to them with racist and anti-gay slurs is simply unacceptable behavior."

Ok, where to begin. First, we didn't know GLAAD had a dog in the paparazzi fight. Second, it kinda sounds like GLAAD has a little sympathy for young Brandon Davis -- harassed by the paparazzi and all.

But more telling, when you watch the video, Brandon is not being harassed at all when he uses the word "faggot." Actually, he was just asked about his brother Gummi's weight loss, and just blurted it out. He said this an hour after the "nigger" comment and at an entirely different location.