We are LIVE in the courtroom where Prince Von A-Hole's battery trial is about to begin. The Prince, who was repping himself but just hired a lawyer, is being sued for allegedly beating up a paparazzo in 2005. 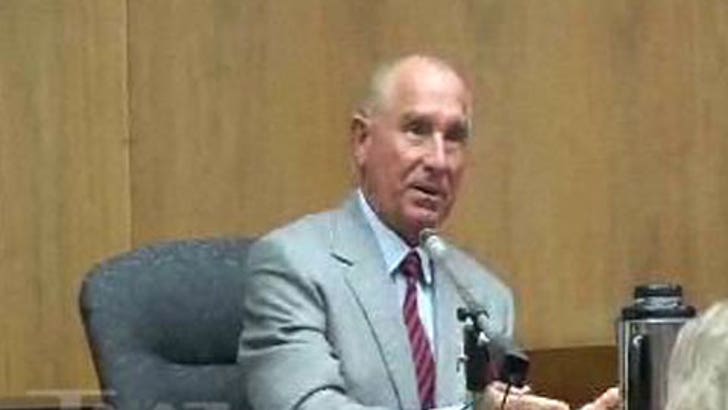 Photog Dirk Smeten says the faux royal assaulted him as he wheeled Zsa Zsa in to a Beverly Hills hair salon. Smeten is suing him for thousands of Zsa Zsa'a money.

Von A-Hole is scheduled to testify and we're told Zsa Zsa herself is supposed to appear.

Court TV, eat your heart out!

UPDATE 2:46 PM There was a criminal investigation filed against A-Hole and when he was asked if he hit the photog - he said, "no." "

OMG. He's in such trouble. He just testified "She's not so skinny anymore" and that it takes a good amount of time to schlep her out of the car.

UPDATE 2:24 PM A-Hole is recounting how he is a doting husband to Zsa Zsa Gabor - who is in a wheelchair and victim of a stroke.

The plaintiff has rested. Von A-Hole is taking the stand!!!!!!

UPDATE 2:17 PM Smeten's lawyer has recalled him to the stand, for a little rehab!

UPDATE 2:07 PM BHPD Detective Robert Hernandez is testifying on behalf of the photog.

UPDATE 2:01 PM PST: Smeten, in addition to being a pap, is a physical therapist with a private practice in Beverly Hills. Von Anhalt's attorney is arguing that Smeten lied when he testified he doesn't really know what treatments he received. HELLO -- HE'S A PHYSICAL THERAPIST!

UPDATE 1:56 PM PST: Smeten gives the low down on all his medical treatments

UPDATE 1:47 PM PST: The photog is watching the video of himself getting his ass beat by Von A-Hole.

UPDATE 11:50 AM PST: Smeten blames being in shock for the inconsistency of his testimony.

UPDATE 11:48 AM PST: What a pain in the neck! They lawyer wants to know exactly when the photog first felt pain.

UPDATE 11:44 AM PST: Smeten testified "He hit me again and again and again. It was so bad I was in a shock."
UPDATE 11:28 AM PST: The lawyer just accused Smeten of telling A-Hole that his wife, Zsa Zsa "looks dead already" when he saw the two out that day. Lawyer also claims Smeten called A-Hole a Nazi and a gigolo. Gigolo - that guy??

UPDATE 11:18 AM PST: Plaintiff Dirk Smeten is on the stand, testifying about how he got his ass kicked by A-Hole.

UPDATE 10:41 AM PST: Judge calls for a 15 minute break. Grab some chips and use the facilities!

UPDATE10:21 AM PST: The doc is getting grilled on the photog having a headache. Courtroom is slipping into a coma. Get on with it already!

UPDATE 9:07 AM PST : His lawyers just complained about the cameras in the courtroom and the judge D-listed Von A-hole, saying he's had way bigger stars in his court than the Prince!