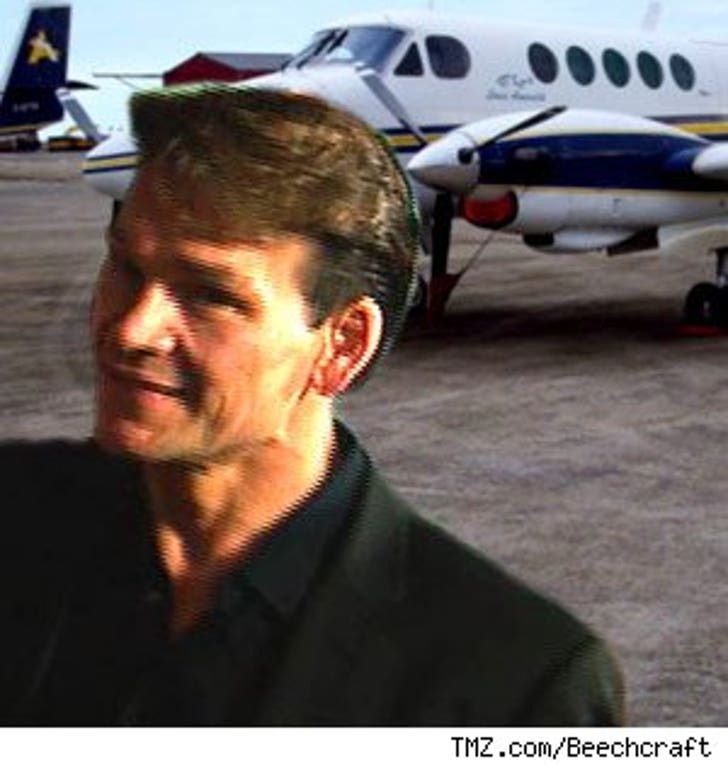 Patrick Swayze is using an ex-Navy base that's totally closed to civilians to fly himself to his cancer treatments, supposedly to keep the paparazzi from snapping him smoking. The thing is -- the FAA says it's only for government business.

But officials at the airfield, now operated by NASA, tell the Palm Beach Post that he's getting special permission because he's a patient at nearby Stanford Hospital and thus qualifies as a "life flight." A friend of Swayze's tells the Post that he's using the private strip because the paps caught him smoking when he used a public airport.