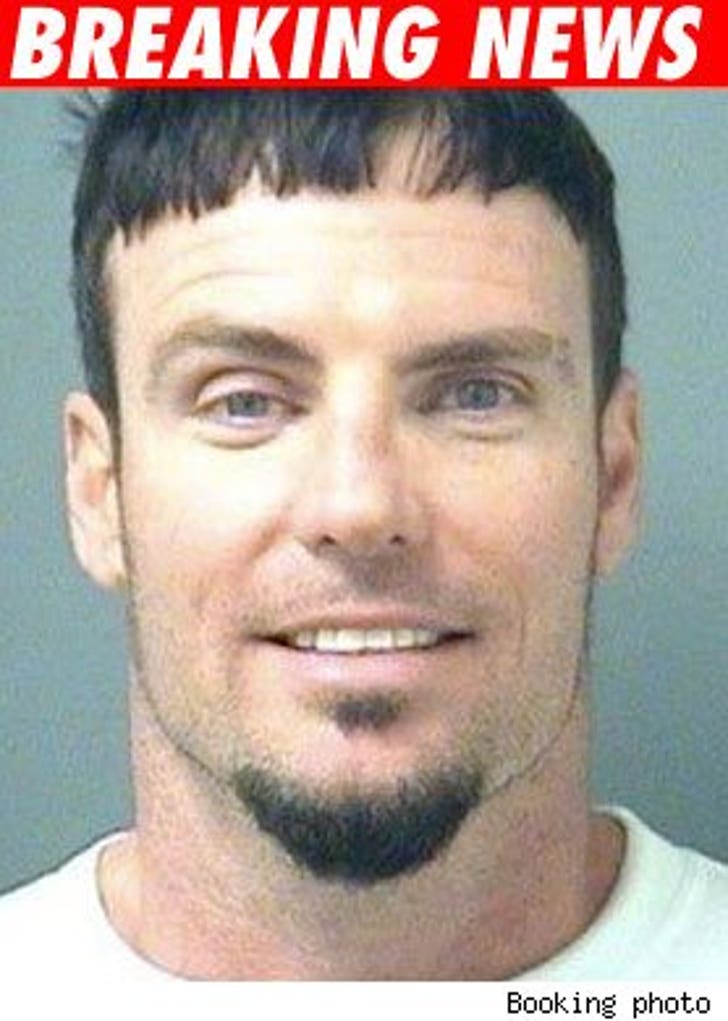 Former rap star Vanilla Ice, real name Robert Van Winkle, was arrested tonight at his home after an alleged altercation with his wife.

Ice was booked by Palm Beach County Sheriff's deputies at 10:43 PM ET on a charge of domestic battery. Sources tell TMZ he got into an argument with his wife, Laura, and he pushed her.

Vanilla Ice is still in custody at Palm Beach County Jail. Palm Beach County Sheriff's tell TMZ that in most cases, people arrested for domestic violence are usually held over to see a judge. Looks like Mr. Van Winkle will spend a night in the pokey.