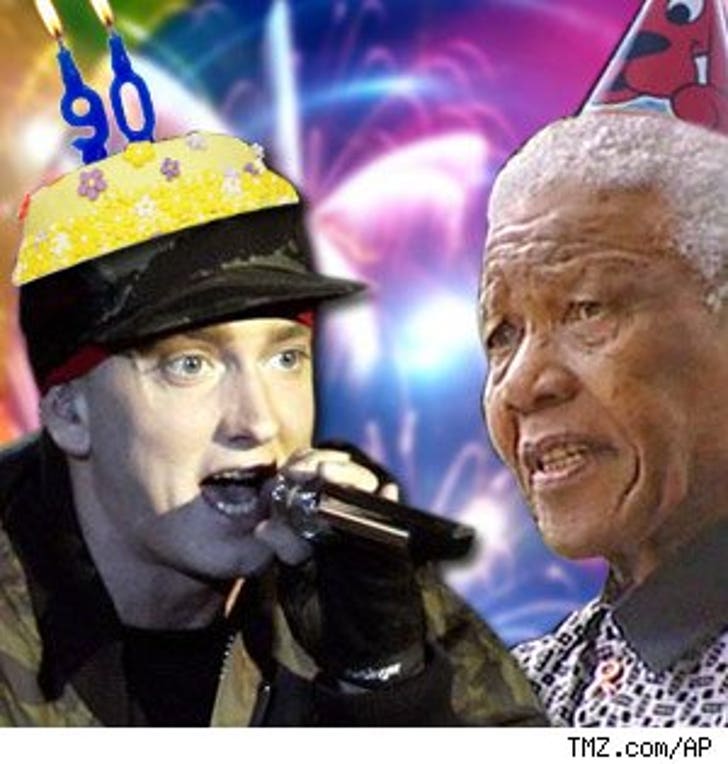 While reports say it's a done deal, Em's camp tells us they haven't accepted the invite just yet.

While one's been arrested, the other one spent 27 years in jail. We're hoping the inevitable, awkward, "who's got more street cred?" conversation won't lead to any beef between the birthday boy and the not-so-slim Shady.

Eminem Party All The Time