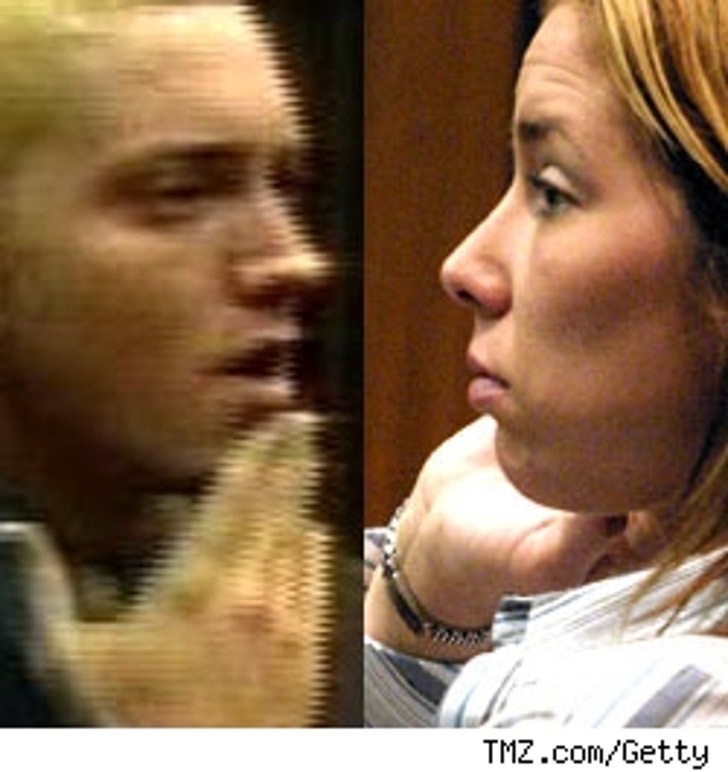 Eminem is going to court to make his ex-wife shut her trap.

The rapper has filed a motion attempting to prevent Kim Mathers, whom he's married -- and divorced -- twice, from making "derogatory, disparaging, inflammatory, and otherwise negative comments" about him in interviews. He claims that his wife's trash-talking is harming their 11-year-old daughter Hallie, and he will appear in court to discuss the motion on Monday, reports the Detroit News.

Kim Mathers has given a slew of interviews to TV and radio outlets in the last two months, and has slammed her ex-husband in all of them. She's said, amongst other things, that she vomits in her mouth whenever she hears his name, that Slim Shady's not terribly well endowed, that he's a bad father, and that he drove her to attempt suicide.

In the motion to suppress Kim's speech, Eminem says that she must be muzzled to "protect the child from further harm," and to prevent "any further behavior likely to expose the minor child to humiliation and hostility." Lawyers for both sides did not comment.