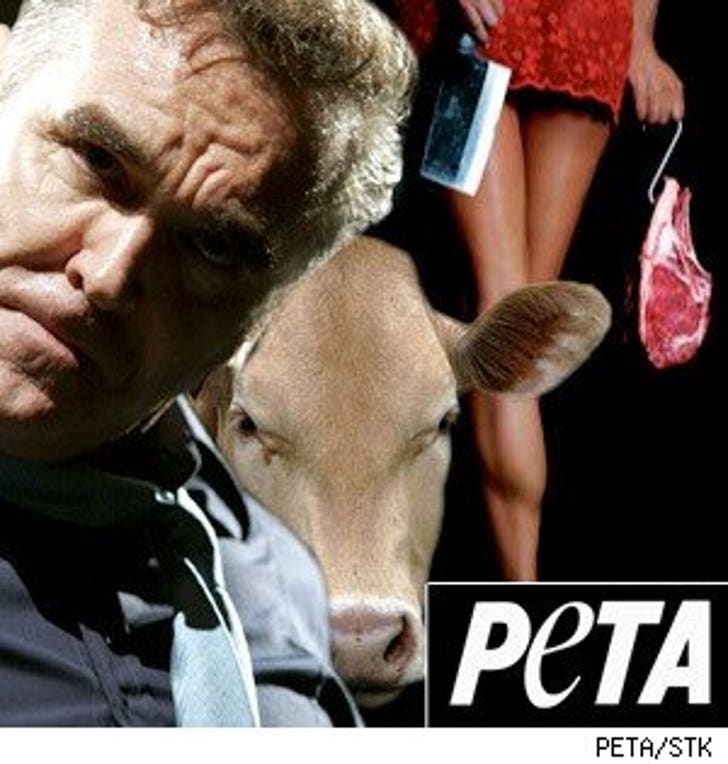 PETA is full of bull -- or at least they like hangin' with people who are full of it.

The animule rights organization called us out for calling Morrissey out yesterday. You see, vegetarian Morrissey, who wrote the song/album, "Meat is Murder," chowed down at STK -- a hip steakhouse in West Hollywood. PETA says it's ok for hard-core veggies to eat at a steakhouse because -- and we quote -- "Steakhouses have some of the best vegetarian food around." Oh yeah, gotta love that Kobe cauliflower! Maybe Morrissey gets a pass 'cause he's a believer.

PETA big cheese Ingrid Newkirk tells TMZ she's got no beef with steakhouses -- she's been to the STK in New York herself.

We're wondering if it's ok for Pam Anderson to shop for spandex at Fred the Furrier...

UPDATE: Michael McGraw from PETA just called us to say he was upset by our story, adding, "PETA is fine with vegetarians dining at steakhouses. It's just like shopping at stores like Whole Foods that also sell meat, because it's good to show proprietors they can make money by selling veggie options." Um, OK. What about getting mashed potatoes at KFC?