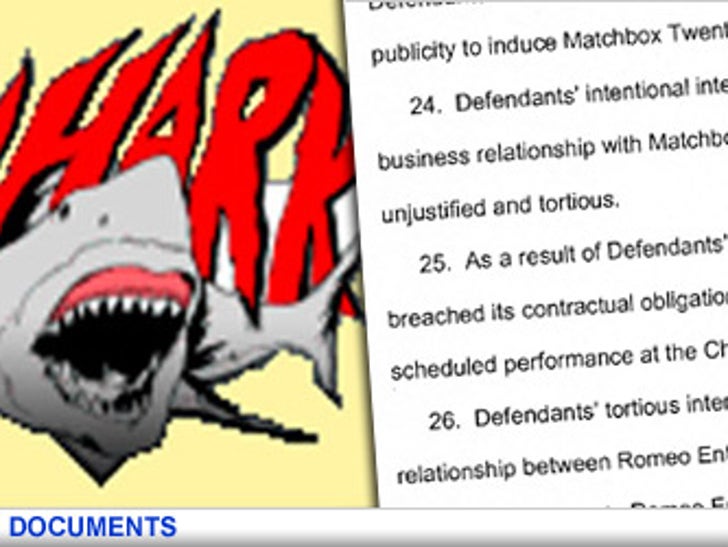 A booking company is pissed that Matchbox Twenty just pulled out of performing at Cheyenne Frontier Days -- which claims to be the world's biggest outdoor rodeo -- because of the "mistreatment of animals" at the event. So the company has decided to sue ... animal activists!? 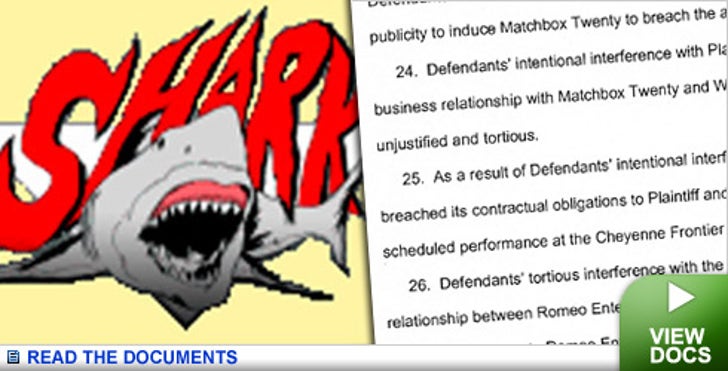 Romeo Entertainment is claiming that animal activist group SHARK contacted agents for Matchbox Twenty -- and used "false and misleading information and the threat of negative publicity" to get the fading band to drop out of their July 18 performance.

This isn't the first time Romeo claims SHARK has bit them in the ass.

They claim SHARK was responsible for Carrie Underwood pulling out of the same event in July of 2006! Romeo is seeking close to $100,000 in damages for the alleged "unjustified and tortious" interference from SHARK and its president.

UPDATE: Currently, the lawsuit is not seeking damages from the entertainers involved -- but TMZ just spoke with R.J. Romeo, who said R.E.G.'s not ruling out taking legal action against Matchbox Twenty. R.J. says Romeo Entertainment Group officially found out MB20 had bailed out of the gig after questioning a press release sent out by SHARK -- which claimed the band was dunzo with the performance.

R.J. says the release came after Bob Romeo never received a response to a letter sent to MB20's agents -- which explained there was no rodeo events scheduled the day of the performance, and asked that the band keep up with their end of the deal.