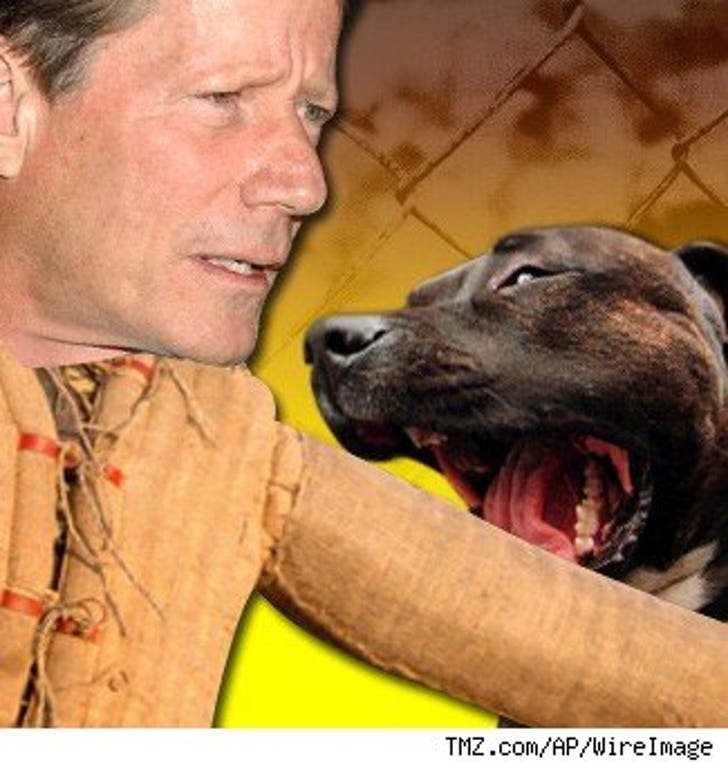 Actor Peter Strauss was viciously attacked by a pit bull -- and the attack was so bad, the authorities put down the dog.

Here's what we know. A 30-pound pit bull mix escaped through its owner's fence late last month and attacked 61-year-old Strauss ('memba "Rich Man, Poor Man"?), who was on his property outside of Ojai, CA. We're told the ferocious dog found Strauss in his orchard and attacked him. Strauss was eventually able to escape by climbing up a tree.

A struggle ensued, and the dog eventually went on the hunt for fresh skin, attacking a neighbor. The Ventura County Dept. of Animal Regulation came and subdued the dog with a dog-catching pole.

The dog's owner surrendered the animal to the VCDAR and requested it be put down ... which it was.

We know Strauss was bitten in the legs. He was taken to the hospital and treated.