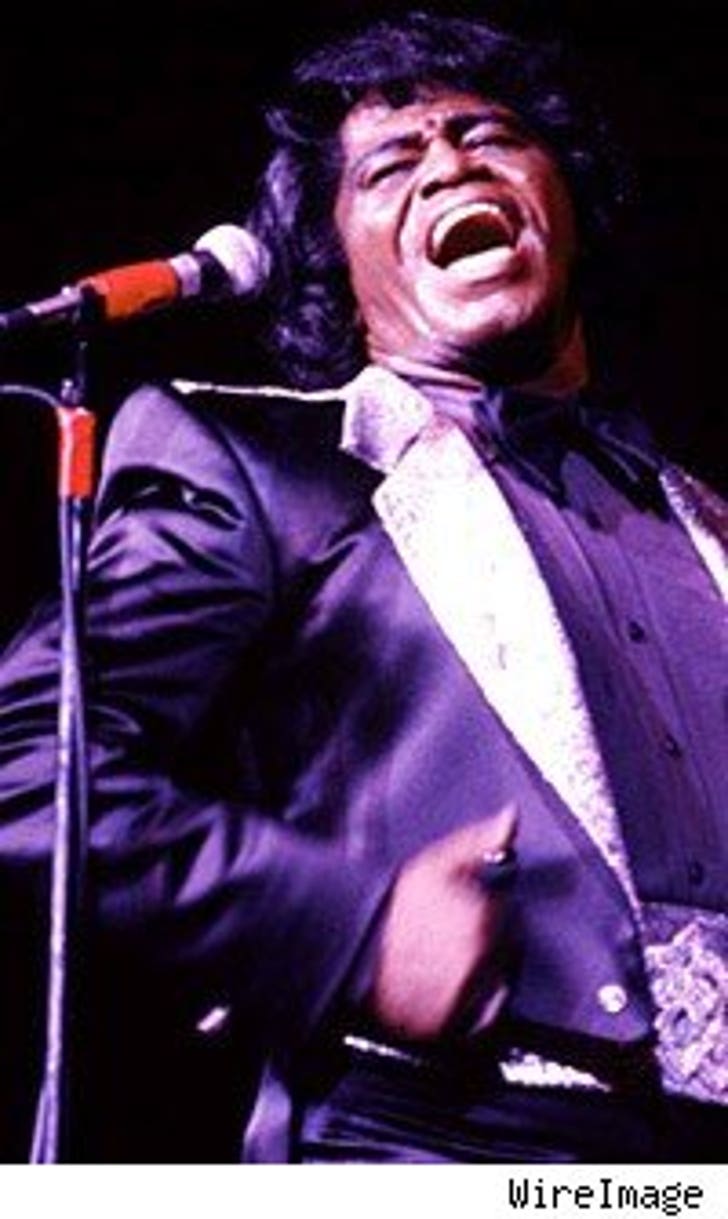 James Brown's alleged widow has been ordered by a South Carolina judge to provide a DNA test of her 6-year-old son, who she claims was fathered by the Godfather of Soul. Get up, get on up!

Trustees handling the singer's estate question the claims of Tomi Rae Hynie who says she is the mother of James Brown's youngest son. Her lawyer contends that James Brown II has been receiving social security and insurance benefits since Brown's death, and that Brown himself had accepted the child as his son. The Brown children have not commented on the ruling.

Adding more drama to the crazazy case is Andre White, who was a longtime friend of JB and was with the singer when he died. He told The Augusta Chronicle last month that Mr. Brown's closest friends, and at least one daughter, knew he'd had a vasectomy, saying, "It was just common knowledge among all his friends." Papa's brand new bag isn't so new!

The DNA test must be completed within the next 30 days.