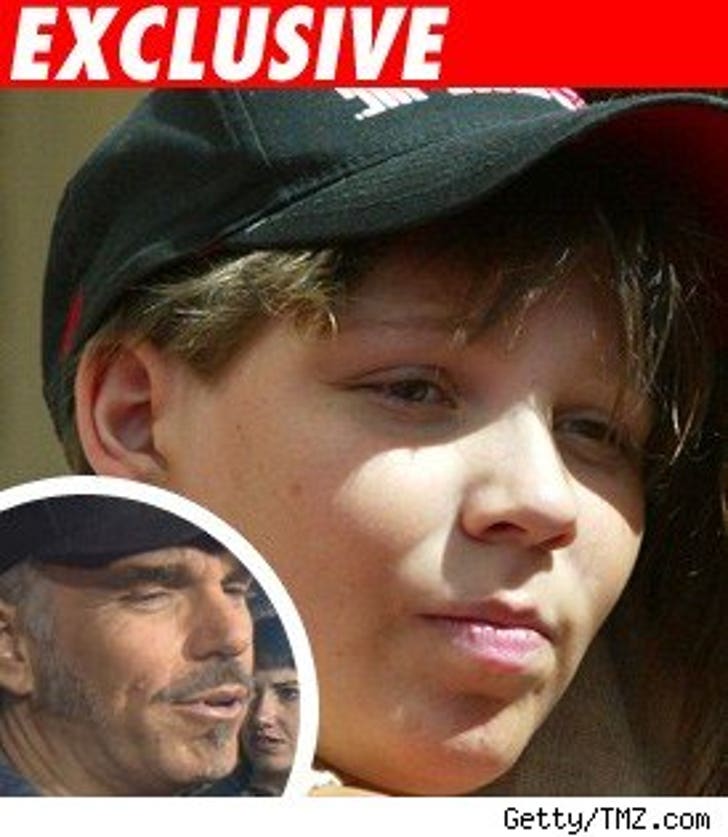 Law enforcement sources tell TMZ Billy Bob Thornton's son is at the center of a criminal investigation -- the alleged victim of "unlawful sex."

Here's what we know. Willie Thornton, age 14, was dating a 22-year-old woman. Her ex-boyfriend apparently became jealous. Sources say the ex called the LAPD, informing them his former GF was having sex with a minor.

Law enforcement sources tell us there is an "active investigation" into the crime of "unlawful sex" -- translated, an adult having sex with someone under 18. We're told Willie is cooperating with the sex crimes unit. And, we're told, cops have also interviewed Billy Bob.

BTW, the picture was taken four years ago.