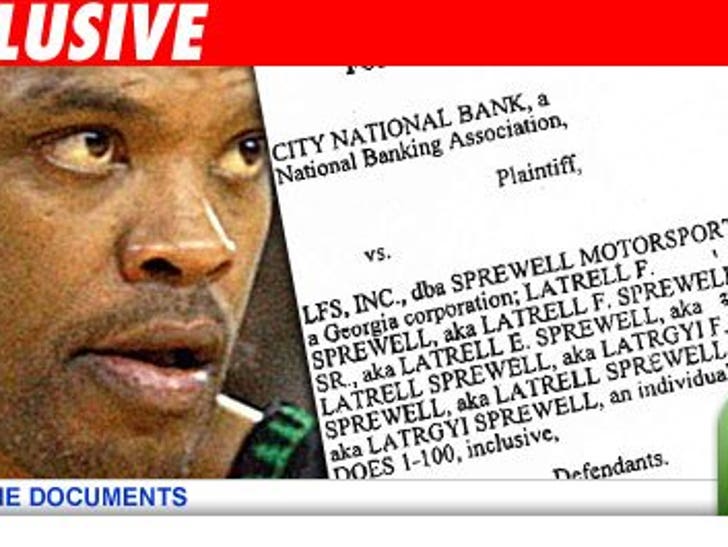 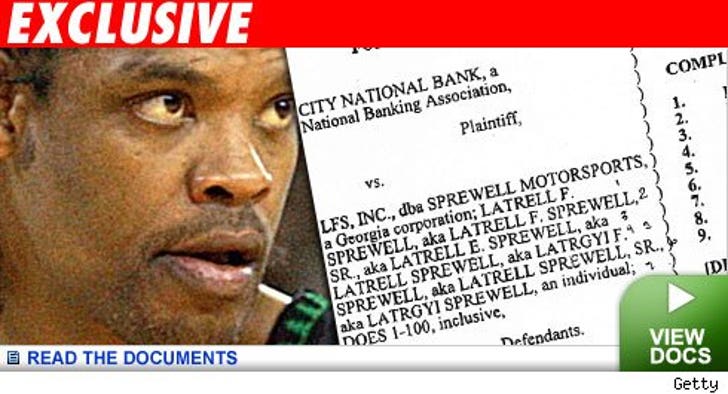 The docs allege that the baller and his company, Sprewell Motorsports, haven't paid their credit card bills since September 29, 2007. They owe the bank $23,600.12, plus interest. And late fees, of course.

According to his credit card application, Sprewell used to make $1.2 million a month! His $23,000 bill is for less than he made in one day. What gives??

This isn't the first time Sprewell has had money woes. Earlier this year, his Milwaukee home was foreclosed on and his yacht was sold at auction to help pay off the $1.3 million he still owed on it. Attempts to contact Sprewell were unsuccessful.