She barely sees her own kids, but Britney Spears had someone else's shouting at the paparazzi as she went into Bally Total Fitness. 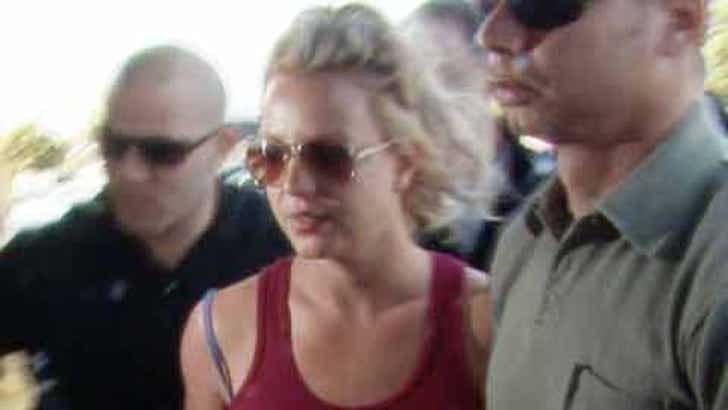 Also in L.A.: Simon Cowell said "God Bless You" more than the Pope, Alessandra Ambrosio could barely move on Robertson, Paris went out with yet another Hilton brother, Joe Pesci hooked back up with DUI hottie Angie Everhart and David Hernandez said he'd like Paula Abdul to have his babies.

In NY: "Gossip Girl" guy Penn Badgley and Cynthia Nixon ... yeah, not much was going on there.