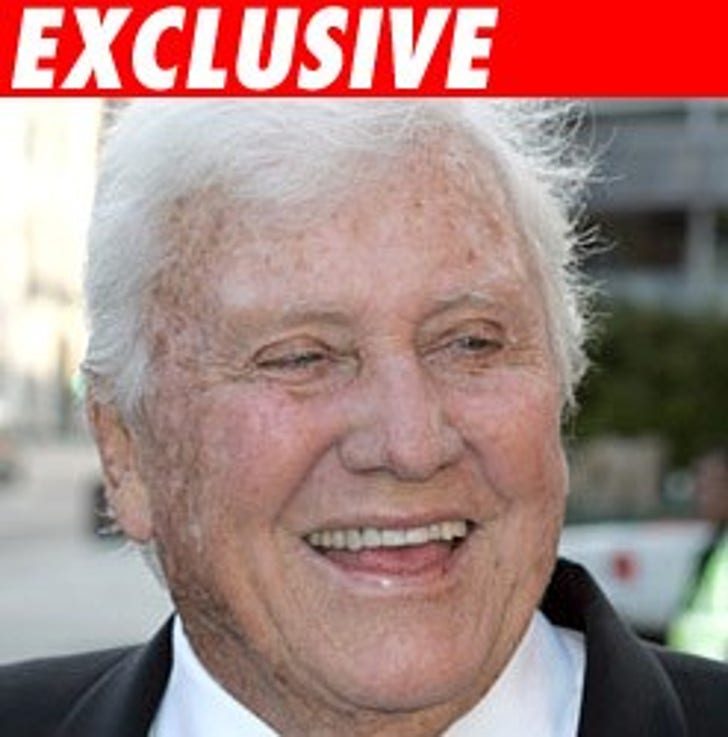 Merv Griffin -- actually, his production company -- is being sued for allegedly stealing an idea for the game show "Merv Griffin's Crosswords."

TMZ has obtained a copy of a lawsuit, filed today by George Giangrante in LA County Superior Court, alleging he came up with a crossword puzzle game show back in 1995 with a twist -- "a 'double-cross' feature that allowed an opposing player to take all of another player's money with one correct answer, and thus, knock him or her out of contention."

Giangrante claims he pitched the show to Merv's peeps in 2001 and "the late Merv Griffin was particularly interested in a crossword game show." We assume the lawyer who wrote this meant Merv was interested while he was still alive.

Giangrante says Merv's people were so interested, they flew him from New Jersey to Hollywood but ultimately said they were uninterested in the idea. So imagine Giangrante's dismay when he read that "Merv Griffin's Crosswords" in September 2007, allegedly with his patented double-cross feature.