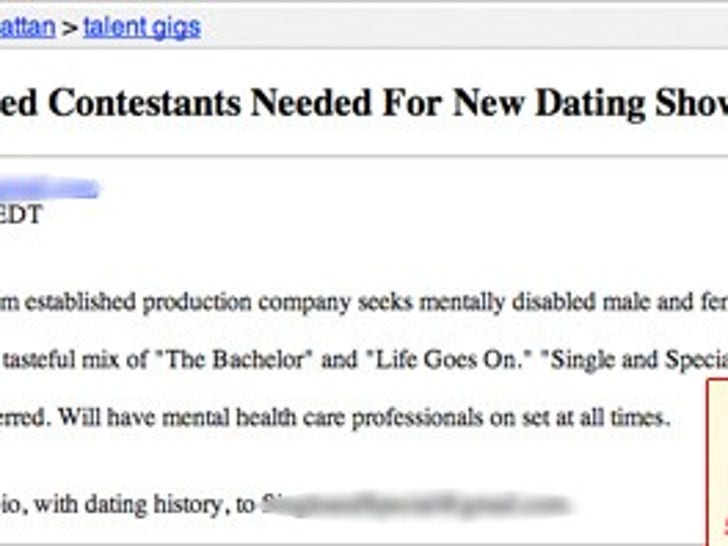 An ad posted on Craigslist in NY searching for "mentally disabled" people to appear on a new dating show appears to be a crock of sh**.

Unlike "Flavor of Love," "Single and Special" says they are going to be a non-exploitative "tasteful" mix of "The Bachelor" and "Life Goes On." Um. Can you say "Littlest Groom?" The unnamed production company also claims to have the endorsement of the Special Olympics. Only thing is, it doesn't.

TMZ spoke with Kirsten Seckler at the Special Olympics who told us they'd never heard of the show and definitely "did not endorse a dating show for people with intellectual disabilities."

"Single and Special" refused to speak with TMZ.