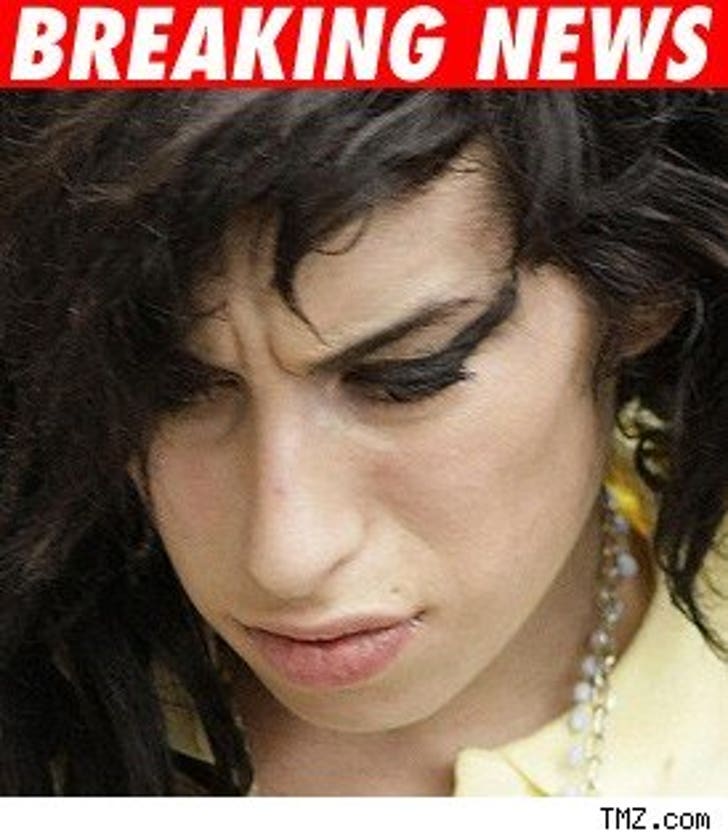 British popwreck Amy Winehouse has been arrested for alleged possession of a controlled drug. No, no, no!

Winehouse went to a London police station this afternoon at around 1:00 PM for a scheduled meeting and was questioned regarding alleged drug offenses. At the conclusion of the meeting, Amy was arrested.

According to The Sun, Amy was popped over a video they ran of her allegedly smoking crack and snorting cocaine.

On April 25, Amy was arrested for suspicion of assault for allegedly headbutting a man outside a London bar. She was released the next day and given a formal caution.

A rep for Winehouse tells TMZ, "Amy Winehouse voluntarily attended a London police station today by appointment. She was arrested in order to be interviewed and is co-operating fully with inquiries. The interview relates to a video handed to police earlier this year."