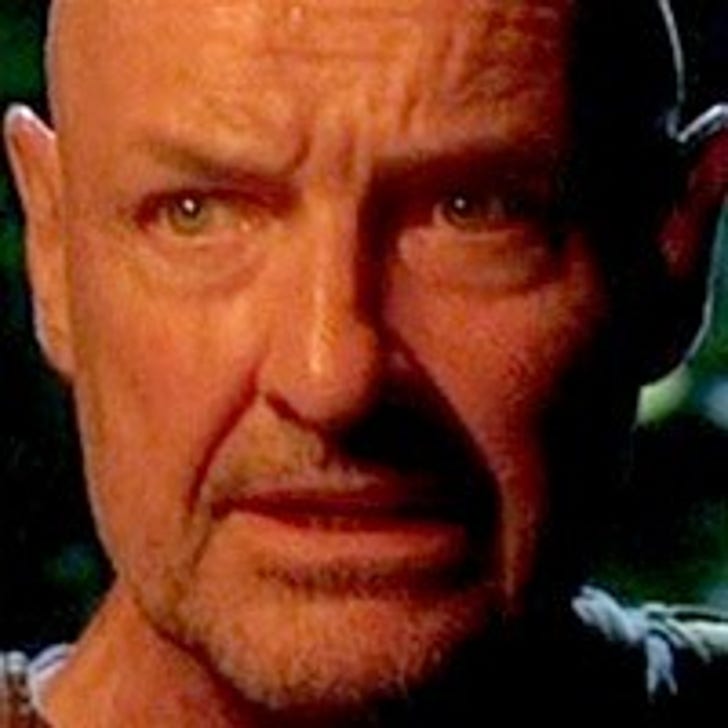 I've had a really hard time writing this part of the Diary and I think that goes back to the fact that I have had a hard time putting my finger on this season. Flashforwards are unpredictable, the Losties are spread out in many different places, the Freighter is looming and Jacob is hanging over my head worse than final exams. I don't think I have had less of a clue of what is going to happen from week to week than I do now.

For all you "Lost" Diary newbies, here's how it goes: I gather with a group of friends watching "Lost," writing what happens on the show as it happens, and throwing in my two cents along the way. For the third week in a row, I am flying solo tonight -- I just can't stay up late enough to watch it with a whole group of people.

10:04 -- Three minutes into the show and we have our first Locke/Ben scene. As far as I am concerned, that's a good sign for a good episode.

10:05 -- We're back on the freighter and frankly it's about time. Whatever happened with Michael?

10:07 -- Keamy pulled the trigger, there were bullets in the gun, but the gun didn't fire. Just saying.

10:12 -- Locke encounters Horace in the woods, building a cabin. You might remember Horace as the guy who was there when Ben was born, helped Ben's dad get a job with Dharma, and there was one other thing. What was it? Oh yeah -- he died in the Purge!!!

10:16 -- A fairly innocuous scene about how even when Locke was in an incubator people treated him like crap has just been kicked up a gazillion notches because RICHARD WAS THERE!!! So many questions ...

10:17 -- "He did it." Locke explaining the Purge to Hurley. There's something about a mass grave that rubs me the wrong way. I just can't put my finger on it.

10:21 -- "Mind if I show you a couple of neat things?" -- Richard to Locke. I am pretty sure that's a line preferred by some of the finest pedophiles in all the land.

10:24 -- I stand by belief that any scene of "Lost" over two minutes is just phenomenal. This one was no exception. I wonder what those items mean in the grand scheme of things? The vial of sand could relate to the sand around Jacob's cabin. Not sure if I get the compass yet. Oh, and I'll have a theory about Alpert/Dharma later on.

10:25 -- Though I am willing to bet Locke will find the compass on Horace's body.

10:26 -- Nope, he just found cabin blueprints instead. Not sure how that helps.

10:27 -- So Keamy's a d**k, right? Anyway, he's picked up the secondary objective and he says that in it, Widmore explains where Ben is headed. Does Widmore know where the cabin is? How could he?

10:28 -- The captain, who seems on the level, now wants to help Sayid and Desmond. Next time Keamy leaves for the island, the captain should just sail off. That's what I'd do.

10:33 -- Every time Locke and Ben talk lately, I can't decide if Ben likes Locke or hates him. On the one hand, it's like Locke is now Jacob's new favorite and he's jealous. On the other, he sees Locke as being the person who can save him and island.

10:34 -- It's high school now and life still sucks for John Locke. Dr. Alpert has eye on Locke, but his guidance counselor keeps telling him what he can't be. What are the odds this scene ends with John saying, "Don't tell me what I can't do"?

10:36 -- What the hell are they strapping to Keamy? Prediction: Lawnmower Man takes one for the team and crashes that helicopter into a mountain or something.

10:37 -- With everything that has gone on, would you want to ride that little dinky boat back to the island? I'd take my chances on the freighter.

10:44 -- Giant leap forward in our flashback and Locke is in rehab. And the voice of that nurse can't get past me (thank you, "The Wire") -- it's Abaddon, the guy who visited Hurley in the mental ward and recruited all the Freighter people. Creepy.

10:49 -- After a tense stand-off on the boat, and the morse code message coming true, Lawnmower Man is going to fly Keamy and company back to the island. I stand by my prediction -- they never make it.

10:52 -- Back on the beach Jack has recovered nicely and everyone has gathered on the shore to watch the helicopter. I can't wait to see the look on their faces when it explodes.

10:53 -- Nope. Instead, Lawnmower Man throws them a sat phone so they can find Keamy. I like my idea better.

10:55 -- And do you know whose voice that is? It's Christian Shephard, but he says he ain't Jacob -- just his publicist.

Everyone watches TV for a different reason. Me, I can't stand shows that wrap up their show in a neat little bow every week and solve the murder and everyone is happy. I like long-reaching story lines that last for awhile. I want my television to make me work a little bit.

At its best, "Lost" is that show (and then some). What I loved most about tonight's episode is that it focused entirely on the mythology of the show. Seeing Richard and Abaddon in Locke's flashbacks was awesome. Watching Locke and company search for the cabin was fantastic. This is the kind of episode I enjoy.

Thus, I am giving tonight's ep an A -- watching Ben react to Locke's journey tonight was fascinating. Seeing Richard again gave me goosebumps. I hope every episode from here on out focuses on the same kinds of things that tonight's did.

Here's my thing with Richard tonight (besides the fact he seemingly never ages). He was off the island. We have been told the submarine is the only way on and off the island, but Locke was a baby some 45 years ago and the Purge only happened 12 years ago. Didn't Dharma arrive on the island in the 70s? So shouldn't Richard not have had access to the sub yet? Is this proof there is another way off the island? Or am I missing something?

Anyway, here is my question to you this week -- Are you like me in that the more an episode of "Lost" delves into the mythology of the show, the better it is?