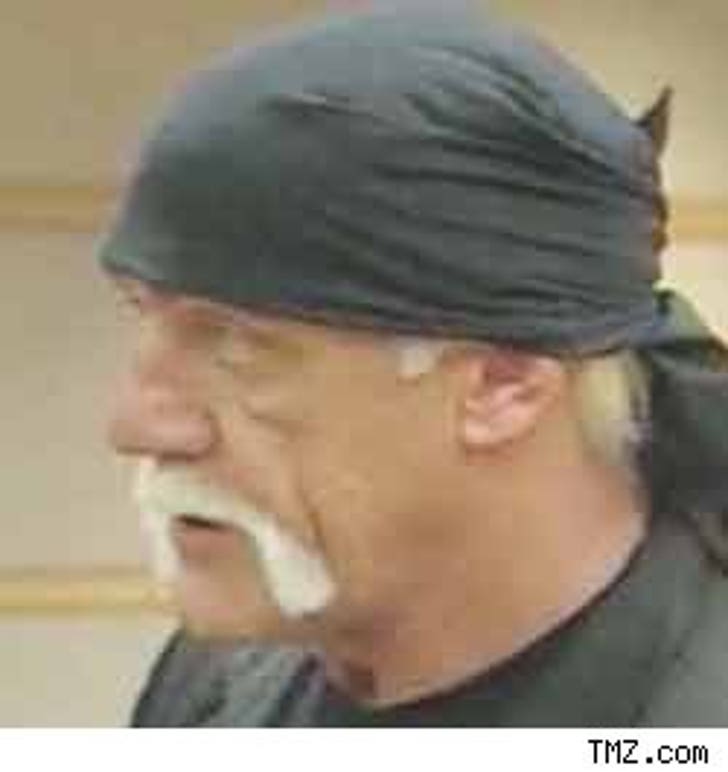 There was a lot of "WTF?" buzz around Hulk Hogan's appearance at his son Nick's court hearing on Friday. Why was he allowed to wear a black bandanna, when it's SOP for judges to order people who testify to lose the headgear. It's a whole respect thing.

A public information officer for the Sixth Judicial Circuit said:

"It would have caused a big scene to have him take it off. Technically he shouldn't have been allowed to wear it. But normally bailiffs do those things when people are coming in, and there was just so much going on that it wasn't noticed in time."

Although the court doesn't have a formal dress code, no hats or caps are allowed, according to TBO.com.