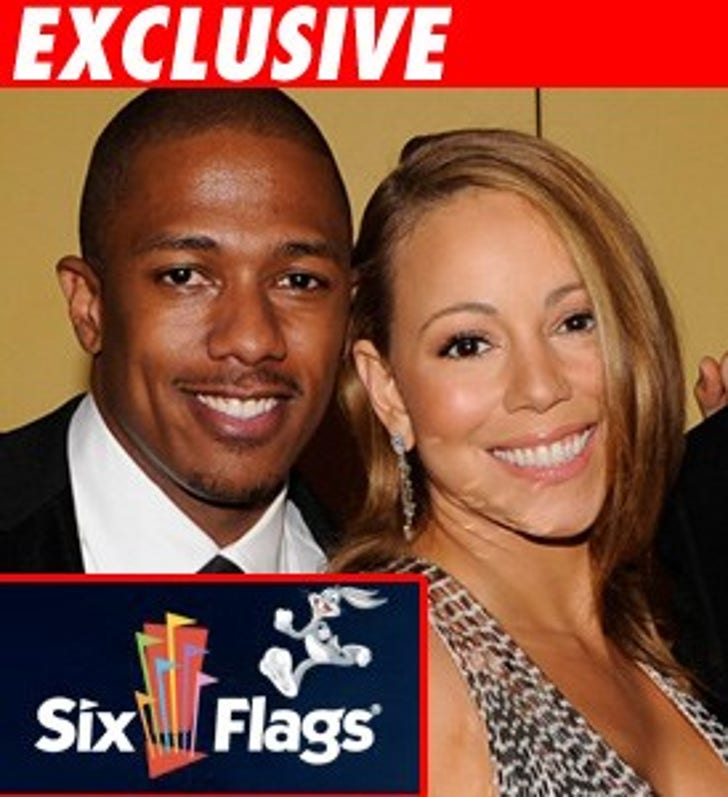 Nick Cannon and Mariah Carey had a shotgun wedding in the Bahamas, so now they're celebrating here ... at a theme park. Six months ago she was sipping Cristal on a yacht in St. Barth's -- now she's eating corn dogs in Valencia, CA.

We've confirmed Nick rented out Six Flags Magic Mountain for the night -- and word is it's for a wedding reception. The park shut down to the public at 6:00 PM -- and that's when Nick and Mariah took over. Mariah pulled up in a black Rolls Royce shortly after 8:00 PM. We're told the party will go on at least until midnight.

Rumors are also swirling about an A-list guest list that includes Will Smith and Stevie Wonder -- so far no sign of 'em.