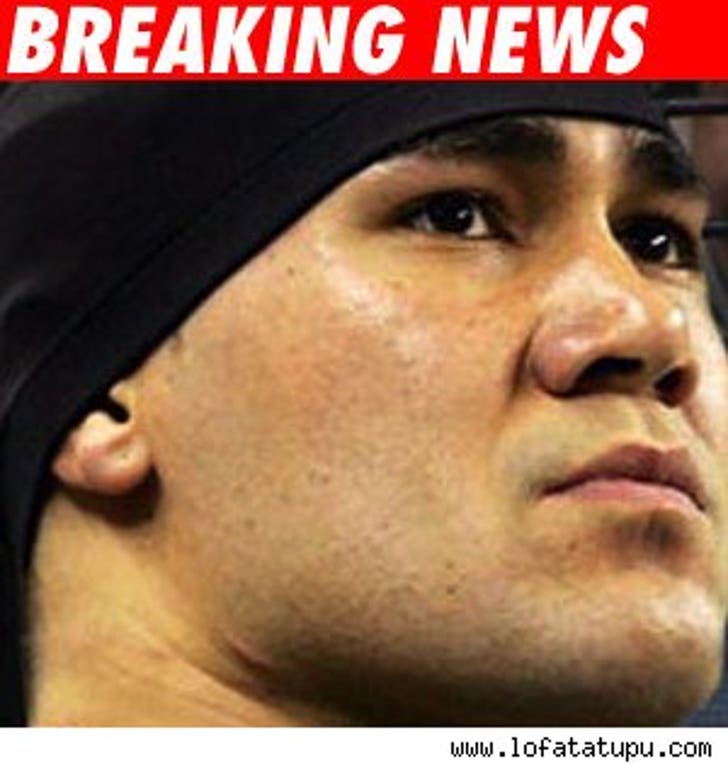 Seattle Seahawks star Lofa Tatupu was arrested early Saturday morning for DUI after he was pulled over in a McDonald's parking lot. That order is to go!

Tatupu, a three-time Pro Bowler, allegedly failed a breathalyzer test after he blew a .155 and .158 -- nearly twice the legal limit in the state of Washington.

Tatupu just recently signed a new six-year contract worth $40 mil -- so the attorney fees should be covered.