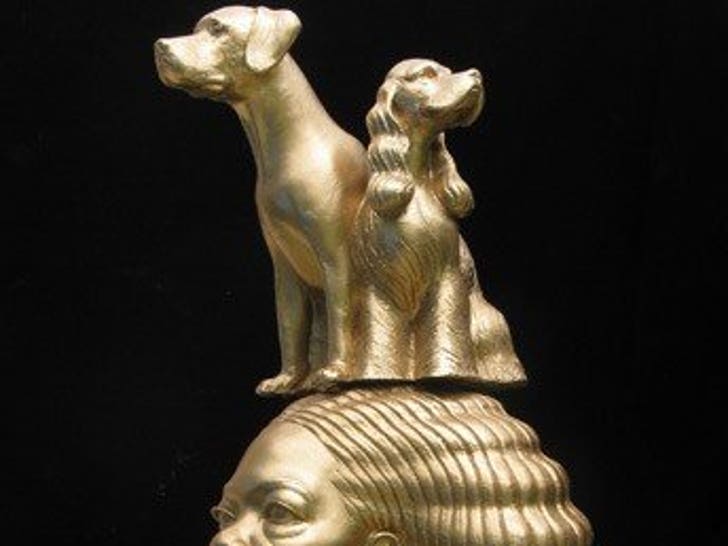 Proving everything she touches turns to gold, Oprah Winfrey's dead dogs have been turned into a masterpiece. 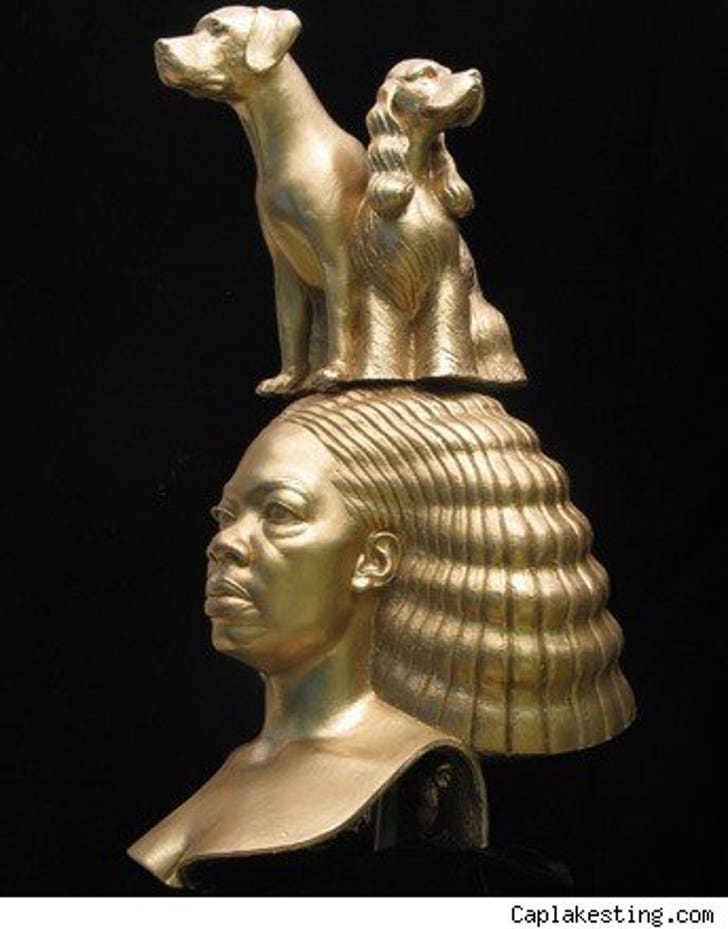 "Memories of Sophie and Gracie: A Puppies' Memorial" -- which opens May 22 at the Leo Kesting Gallery -- hopes to highlight "the overlooked threat of accidental pet fatality by common household products." Sophie died earlier this year of kidney failure, while Gracie passed in 2007 from choking on a ball.

This is the latest A-list mock of art created by Edwards -- the same artist responsible for The Paris Hilton Autopsy and the sculpture of a nude Britney Spears giving birth on a rug.